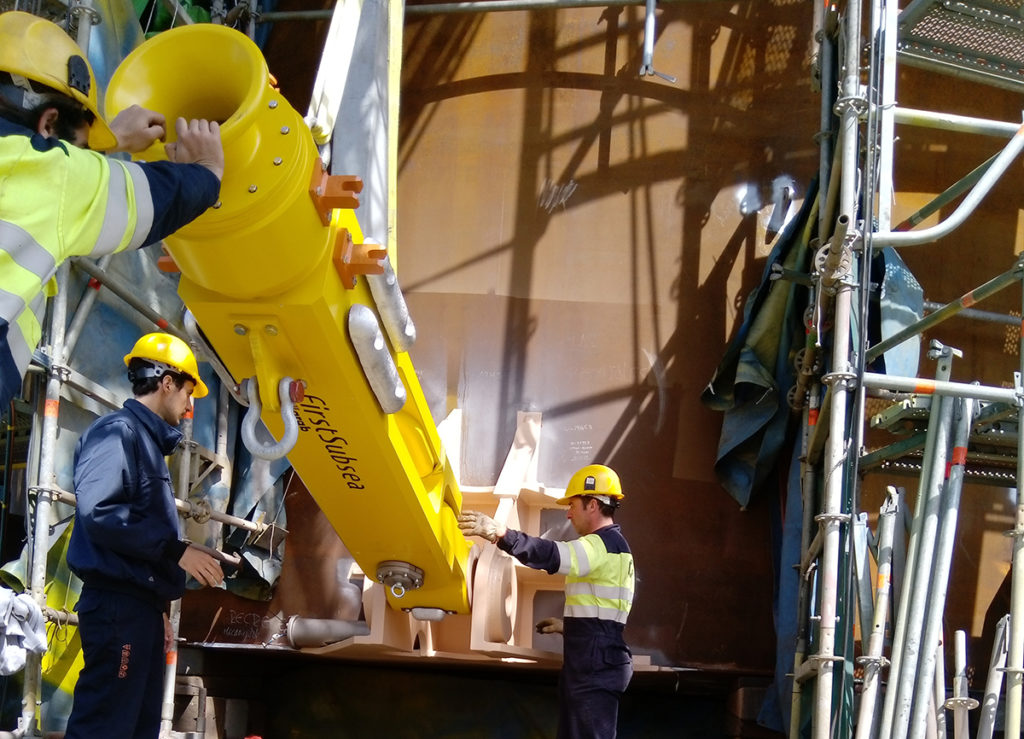 FIRST Subsea Ltd is to provide platform mooring connectors to the world’s largest floating offshore windfarm situated off the coast of Aberdeen.

The Lancaster-based company, who are also part of the First Tech Group based in Aberdeen, confirmed it secured the contract alongside Spanish developer and construction company, Cobra Group, to provide the platform mooring connectors (PMCs) for the Kincardine offshore windfarm.

The PMCs will be used to connect the semi-submersible platform to mooring lines at a water depth of 45m-143m – with the connector allowing for the mooring lines to be pre-laid on the seabed, prior to the arrival of the wind turbine structure.

The technology eliminates the need for mooring hardware such as fairleads, sheaves, chain tensioners and chain lockers. Removing the traditional connection system means that fatigue issues associated with fairleads are removed. Smaller boats are also able to be used in the hook-up installation, which will significantly lower costs.

Greg Campbell-Smith, sales and business development director at First Subsea said, “As a UK company, First Subsea is proud to be supplying platform mooring connectors for the Kincardine Floating Offshore Windfarm. We are pleased to be part of this project which is at the forefront of the UK’s technology and innovation plans to decarbonise our energy supply.”

The project is expected to be completed by next year, and a further five 9.5 MW turbines have been commissioned to be installed on a floating substructure.