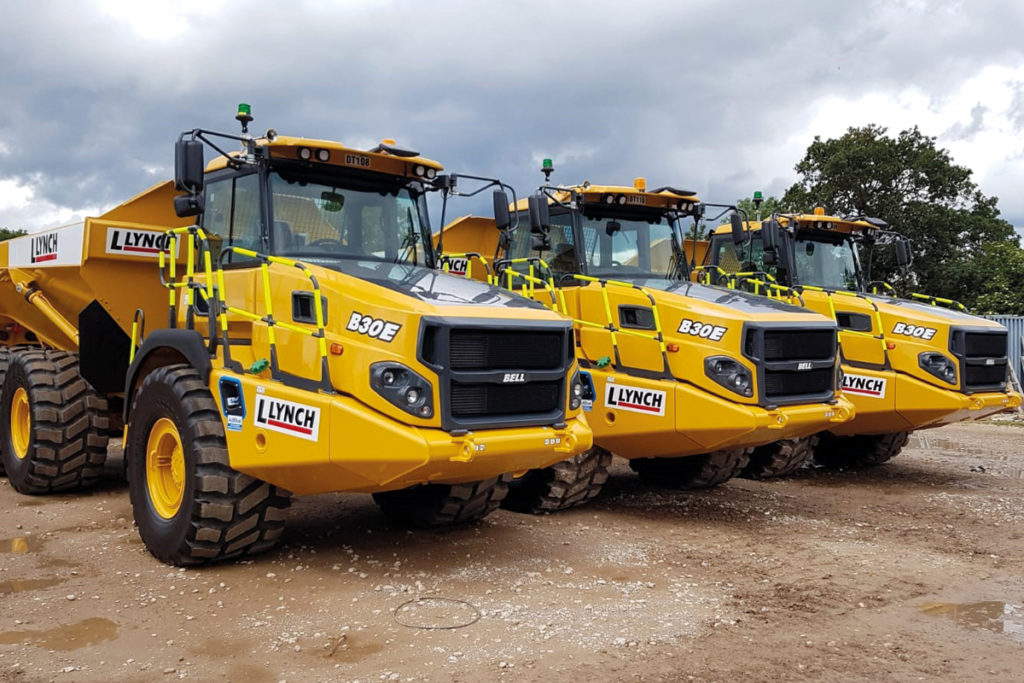 The machines will be deployed on the £1.5 billion A14 Cambridge to Huntingdon improvement scheme, as well as work at Hinkley Point C.

Seven of the B30Es have already been supplied, with a further eight lined-up for delivery.

Chris Gill, L Lynch’s head of key accounts said, “Not only do the ADTs prove themselves to be impressively fuel efficient, but the level of manufacture and design is excellent. The machines are built to a very high specification, with all the features you’d expect to pay extra for, included as standard; such as inclinometers, on-board weighing with a traffic light safety system, and flotation tyres.”

Already supplying plant machinery to the HS2 railway project, L Lynch believes the new Bell ADTs will come into their own once the large earthwork phases roll out.