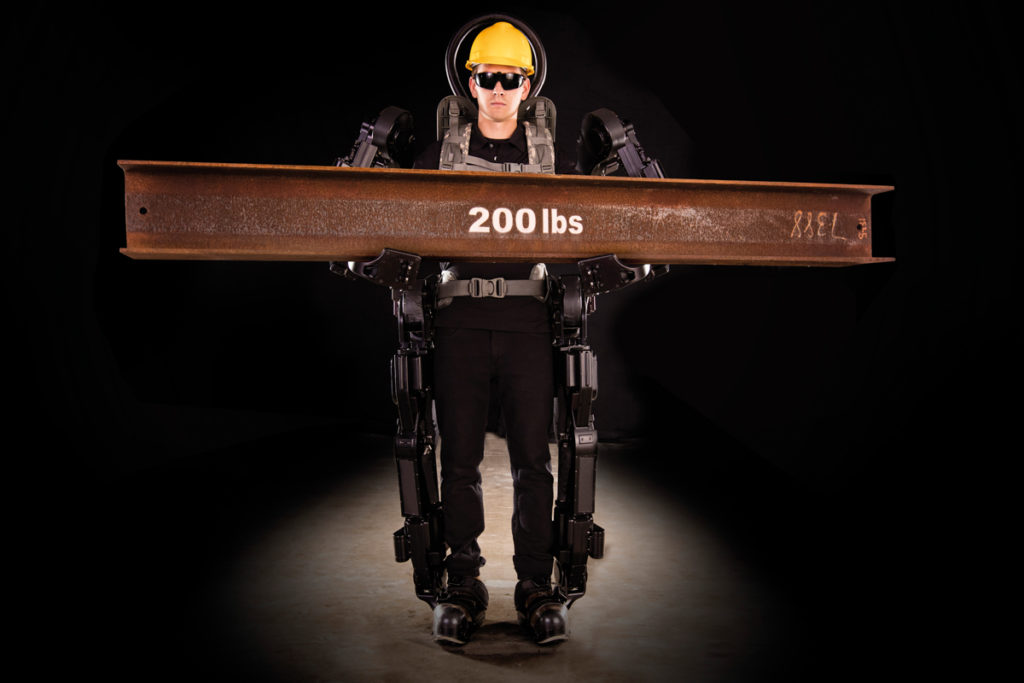 AN exoskeleton suit could revolutionise the construction industry in America when it is released next year, and its developers ‘absolutely’ expect the technology to reach Europe.

The Guardian XO is the result of 20 years of development by Sarcos – an American robotics company behind technology such as the Fountains of Bellagio and the robotic dinosaurs seen in Jurassic Park.

The wearable suit allows for users to lift up to 200lbs of weight without bearing any of the load. In 2010, an earlier version won The Times magazine’s Product Innovation of the Year.  Since then, the suit has gone from being hydraulically powered to battery operated, reducing the power usage from 680 to 400 watts.

“We see the biggest opportunity around the combination of the human intelligence, instinct and judgement with machine’s strength, endurance and precision,” said Kristi Martindale, executive vice president and chief marketing director of Sarcos. “Not only does the Guardian XO help mitigate injuries received on the job, but our model is always human in the loop – so it isn’t about displacing a human; it’s really about keeping the human operator safe and enabling them to extend their work life.”

The suit will be fully operational for up to eight hours of work, before the removable battery pack needs to be charged or swapped. Designed to operate in normal environments, users will be able to walk through standard doors and hallways, and also control the suit with their own movements. 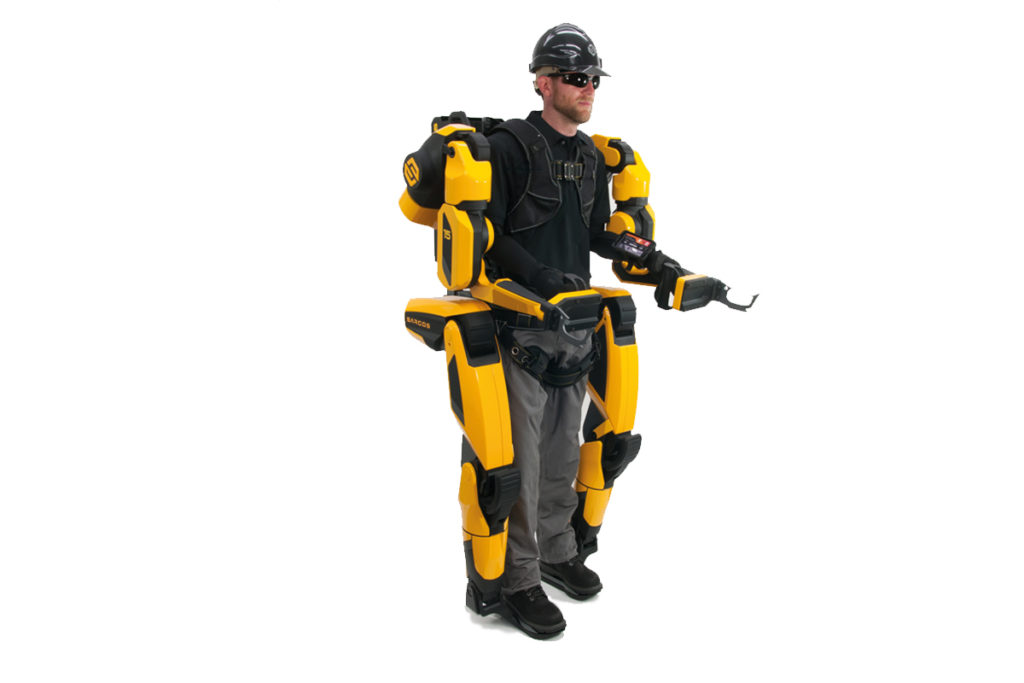 “We have a proprietary system that we call the ‘get out of the way control’ and what that does, is the suit is in effect anticipating the movement – so when you’re moving your arms, say to the right, the suit is trying to get out of your way; so you’re not pushing on the suit, you’re not pulling on the suit, it’s as if you have two opposing magnets that are trying to get away from each other, so the suit is always trying to be out of your way,” Kristi explained. “It’s following your natural movements of your body; so, if you move your arm to the right, the suit is just getting out your way. It’s a very natural extension of what your movements are. It moves with you. There is no precipitable delay; as the operator you would not notice any delay.”

Sarcos currently has an advisory group, comprised of 200 different companies including those from the European construction industry. The firm liaises with the group regularly in order to understand what their own needs are, the potential use cases for the suit and any concerns or safety implications present. Virginia Tech university has also done numerous safety studies on the suit.

Despite this, concerns have been raised over the lack of official standards surrounding exoskeletons. Critics have claimed that, due to there being no set standards, there are no official guides on the machines, nor is there a consistent set of terminology – meaning it is hard for consumers to decipher instructions and potential uses for products.

“There are many components within the suit that have standards,” Kristi said. “Batteries, for example – there are standards bodies that regulate and control batteries and how they are tested.  So, those types of components are being tested and certified in their own channels and sectors. That said, there are things that, as we’re going through, we’re learning there are a number of bodies that are out there such as ASTM, and their focus is the F48 sector of that industry, and they are focused on the exoskeleton suits as a whole and what types of certifications and standards need to be employed.  So, it’s not like an industry regulated by the FBA, but certainly given in these scenarios the human is going to be a participant of the utility of the object there’s going to be a number of studies and certifications completed to ensure the safety of the operator.”

Companies will be able to lease the suit for one, two or three years.  During this period, Sarcos assume full responsibility of ensuring the machine is operational, by taking care of software updates and rectifying any faults.

“We expect that cost would be the equivalent to a single, full-time, fully burdened worker – we found that is something that is very acceptable to the companies we’ve been in conversation with, and we think that is going to help in terms of the adoption because there’s not going to be the need for huge outlay for the robot up front, and the company doesn’t have to be concerned about how they support, sustain and maintain a complex system – we’ll take care of that,” Kristi added.