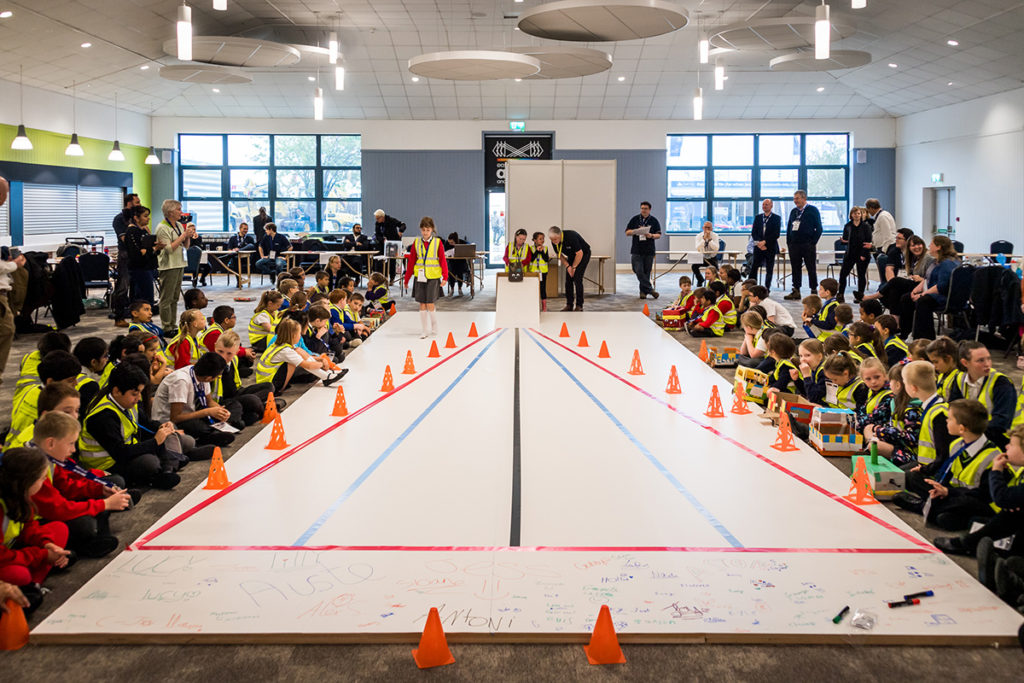 On the final day of Plantworx 2019, nine Primary schools from the local Peterborough area took part in the challenge, which was hosted by Plantworx and supported by the CEA (Construction Equipment Association) and Perkins Engines.

More than 70 pupils participated in a project to produce carefully engineered vehicles, which were judged by industry specialists including engineers and apprentices from Perkins,  alongside other sponsor companies including CEA Skills Council, BSP Foundations, Datatag, GKD Technologies, Gomaco, Mecalac, Nylacast, TriMark, and Zappshelter.

Perkins engineer Wayne Bradley worked with the schools and took part in the judging. He said, “Working with Primary Engineer was something new to me but working with the schools I have been doing for a number of years. It was great to see the children build something and then do some testing, making changes and then testing again. This was very much like what we do in the engineering world – design, make, validate and deliver.”

The awards were presented by the CEA’s head of skills, Nigel Baseley and Perkins senior technical manager, Robin Woodward.

A new initiative this year was the Perkins Young Engineers Award. The engineers, alongside Robin Woodward, selected their choice of winners who were then presented with a trophy.

Robin Woodward said, “It was a pleasure to participate in this inspirational event and see the potential that is within the children and schools who participated – it fills me with optimism for the future of engineering in the UK.”

CEA head of skills, Nigel Baseley commented, “This is our 2nd Primary Engineer event at Plantworx and we are delighted how the event has grown. We continue to suffer a skills shortage within our industry and it’s schemes like the Primary Engineer that introduce young people to the opportunities that a career in engineering can offer. Primary Engineer’s ‘STEM by stealth’ offers primary schools a way to deliver practical maths and science to design technology activities in a fun way. It’s encouraging to see so many young children involved and is a good sign for the future of engineering.”

Although there’s no Plantworx exhibition in 2020, the CEA will be in talks in the New Year to host the Primary Engineer ‘Celebration Event’ once again at the East of England Arena next year.