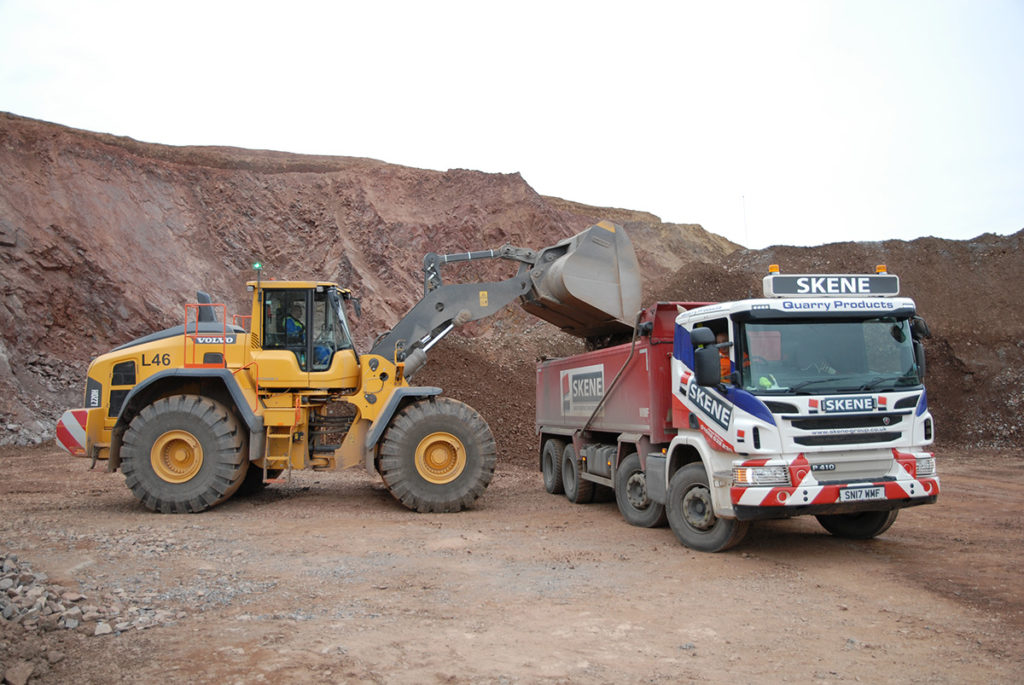 SKENE Group Construction Services has purchased three Volvo L220H loading shovels for use at its Soutra Mains and Lomond quarries.

Two of the models have joined two existing L220s at Soutra, with this size of machine described as the ‘model of choice’ for carrying out rehandling and stocking out duties. The machines have been specified with Michelin XMineD2 29.5R25 tyres and large capacity 5.6m³ rehandling buckets, auto lube and boom suspension.

The third L220H, which is carrying out similar duties at Lomond, has been equipped with the same features.

The 32-tonne L220H is powered by a 13 litre stage IV final engine. The machine’s full turn tipping load equipped with its rehandling bucket is  22 tonnes and breakout force is measured at 229kN.

Skene Group has been operating L220H shovels at Soutra for the past five years. Joint MD Darren Forrester said, “The first L220H machine here at Soutra Mains replaced a smaller L180F to increase production and we considered the specification closely in order to achieve just a two bucket pass loading out eight wheeled lorries. We added a second L220H two years ago based on the strength of the reliability and productivity of the older unit machine and in total we now run four loading shovels at Soutra and have introduced another L220H at our Lomond facility to cope with ever increasing demands on our production output.”