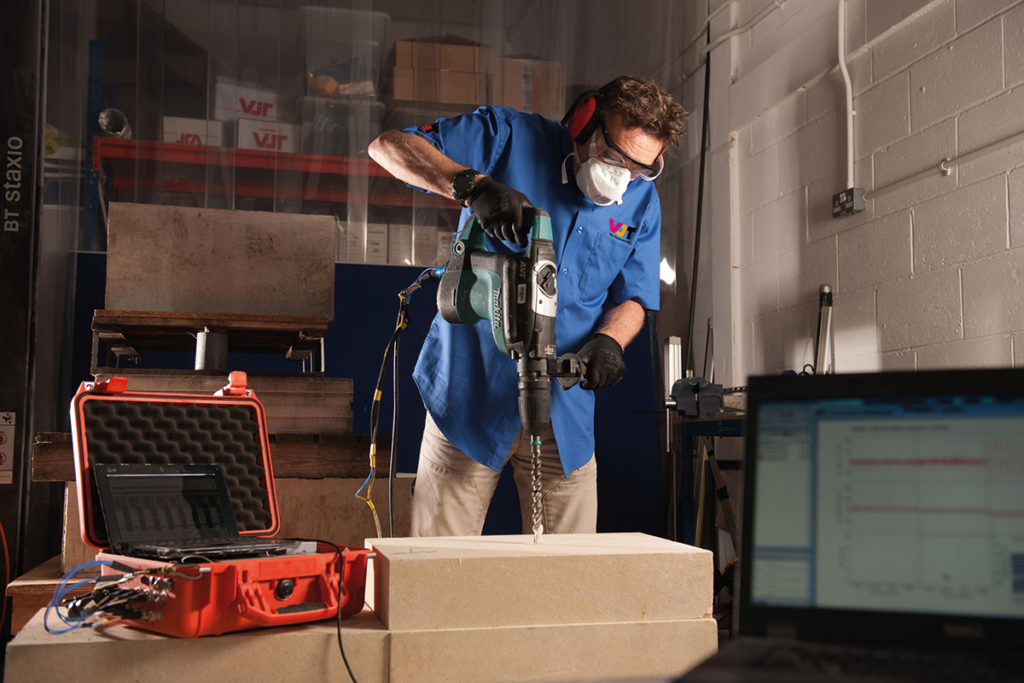 HAND-Arm Vibration Syndrome (HAVS) is an occupational disease, but one which is not easily understood. Unlike noise or pollutant-related hazards where ear defenders and face masks provide adequate protection, there is no effective PPE that guards against the injuries vibration can cause.

Over exposure to the stresses produced by power tools and other handheld machinery can be extremely debilitating; loss of hand strength, numbness and blanching of fingers are among common symptoms of regular and frequent exposure to vibration. Such conditions highlight the responsibility construction companies have on them to take HAVS seriously and put in place safeguard to lessen the impact on their workers.

The Control of Vibration at Work regulations, introduced by the HSE in 2005, helped concentrate minds and raise awareness of HAVS. It sets two exposure levels: a daily vibration exposure action value and a daily vibration exposure limit value. If the daily exposure action value of 2.5 m/s2 A(8) is likely to be exceeded, exposure measures must be in place. The exposure limit value of 5.0 m/s2 A(8) is the legal daily limit and should not be exceeded. Whilst these regulations have resulted in HAVS becoming more recognised, it still requires personal and professional vigilance to ensure they are enforced.

The HSE has undoubtedly come down heavily upon employers who have failed to implement the correct vibratory control measures.  The first prosecution involving a worker who incurred injury from exposure to vibration resulted in a motor company being issued with a considerable fine. The case revealed an employee in the company’s bodyshop suffered from HAVS, having used a range of vibrating tools over a 17-year period.  Despite being diagnosed with early-stage vibration white finger (VWF) in 2001, the employee’s workload increased, along with his usage of vibrating machines. His condition deteriorated as a result, and within two years he was diagnosed as having HAVS Stage 3 in both hands. He also contracted Carpal Tunnel Syndrome (CTS) in both wrists as a result of long-term nerve compression.

Subsequent HSE tests revealed the employee’s daily vibration exposure had been around double – often higher – than the 2.8 m/s2 A(8) Action level recommended in the authority’s guidance. It led to the company being fined £10,000 and paying £28,000 in costs.

More prosecutions of this type are inevitable, but many more errant employees will continue to evade HSE investigation due to the insufficient resources to follow every regulation breach. Vibratory control guidelines provided by power tool manufacturers are useful in outlining usage limits, but there remains concern throughout the industry that such safety levels are being set without the tools being tested in a realistic working environment. Consequently, the HSE recommends operators double the safe working guidelines set by manufacturers.

Independent guidance, provided by companies such as VJ Technology, provides tool users with realistic information on vibration exposure. The data is culled from tests carried out at a UKAS accredited laboratory specifically designed by VJT to measure Hand-Arm Vibration performance.

The assessments emulate onsite usage, with a range of consumables such as drill bits and diamond blades being employed to drill concrete, saw timber or cut metal. The results of such testing are published in VJT’s Hand-Arm Vibration Exposure Guide; an accurate and vital vibratory data source pertaining to a host of construction tools and machinery.

The information is provided using a task-based productivity system developed by the UK Contractors Group, an HSE points system, and a more general ‘trigger time’ method. This combination of expertise means power tool operators, supervisors and safety managers have a meaningful resource with which to assess vibration exposures effectively and efficiently.

As previously stated, there is no PPE to protect against HAVS – it’s debatable whether anti-vibration gloves are effective – but the HSE offers general advice to reduce risks at source. For instance, operators are advised to ensure the tool and consumable being used is in good condition. Gripping the machine too hard or using too much pressure should also be avoided, and regular breaks are advised.

Unlike working at heights or within an environment where mechanically-based industrial equipment is prevalent, HAVS is not immediately viewed as a health and safety ‘red light’. But its effects are very real, confirming the need for government regulation and the type of reliable guidance provided by industry experts such as VJ Technology.