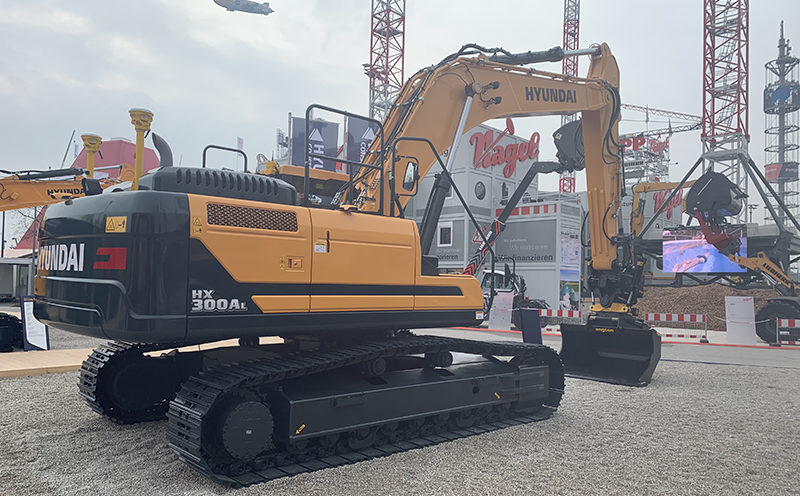 HYUNDAI Construction Equipment Europe and Engcon have announced a collaboration which will see Hyundai prepare their excavators to be ‘easily equipped’ with an Engcon tiltrotator.

The announcement was made during bauma 2019. Hyundai will factory-mount Engcon’s proportional control system DC2 on its excavators. The European roll out of its Engcon-prepared excavators will be done during the course of this year.

With customers now able to order a machine with an Engcon tiltrotator ready-mounted by the factory, Hyundai said this means ‘no lengthy or complicated retrofit’ is required. Instead, the excavator arrives with a ‘plug and play’ solution, with integrated electric and hydraulic controls. The product range can cover excavators up to 33-tonnes.

Peter Sebold, construction equipment product specialist at Hyundai Construction Equipment Europe said, “We see an incredible potential in the product tiltrotator as it increases the excavator’s efficiency. That is why we decided to offer this solution to our customers.”

The first step for Hyundai will be to equip excavators for the European market and later introduce it to other markets.

Engcon CEO Krister Blomgren added, “First and foremost, we are both happy and proud that Hyundai has made the decision to prepare its excavators for Engcon’s tiltrotators. Then it feels wise that they start with the European market which is both more mature for the technology itself and so closer to us to support them at the beginning of our cooperation.”