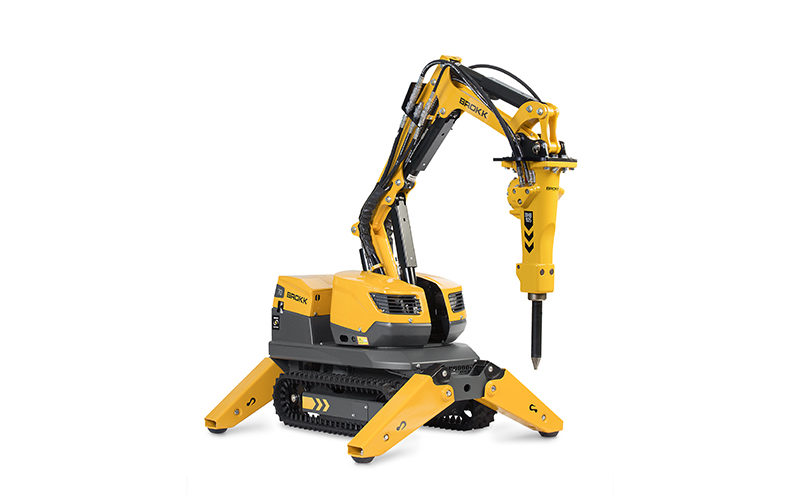 MANUFACTURER Brokk has launched ‘the smallest demolition robot in the world’ at bauma 2019.

The Brokk 70 is described as the ‘perfect solution’ for bringing safe, mechanised and efficient demolition to the most confined spaces. The new machine is also said to be more than 100% more powerful than its predecessor, thanks to the Brokk SmartPower powertrain, which increases its power from 5.5kW to 9.8kW, allowing it to power twice the size of breaker as the Brokk 60.

Despite being twice as powerful, the Brokk 70 retains the same dimensions as its predecessor, weighing 560 kg and running on a 16A fuse. It also features upgraded hydraulic design and redesigned mechanics, said to enable it to carry and wield heavier and more powerful attachments.

The Brokk 70 comes with several new attachments such as the BHB105 breaker, which weighs over 100 kg and includes features such as water spray and air cooling; the BDC40 drum cutter; and the G32 demolition grapple.

Martin Krupicka, CEO of Brokk Group commented, “The Brokk 70 takes Brokk’s power-to-weight ratio to new heights enabled by the unique Brokk SmartPower technology. And with its compact dimensions, it is truly a demotion robot that eliminates all need for manual demolition work.”