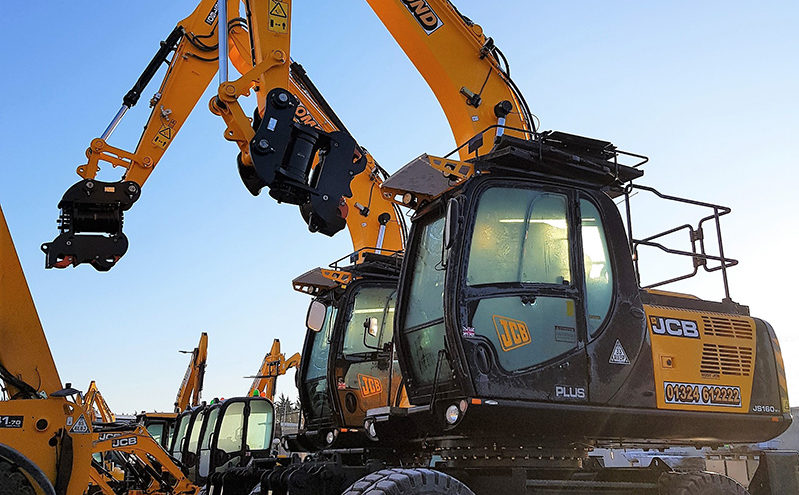 LOMOND Plant has made a significant investment in Hill Engineering’s Tefra hitch attachment.

The Falkirk-headquartered firm bought more than 250 new JCB machines in a £13 million deal towards the end of last year, almost half of which are fitted with Hill’s Tefra hitch.

An order due to be placed in January for £2.7 million worth of plant will take the company’s portfolio to more than 600 machines and includes its first use of the Tefra Tilt hydraulic quick coupler.

The Tefra Tilt, which combines the Tefra coupler with the HKS Extra Tilt Power Actuator for excavators from three to 20 tonnes, was specified for four 16-tonne wheeled excavators.

This year’s investment was prompted by growth at Lomond’s depot in St Helen’s, Lancashire. The new machines, including all the excavators of five tonnes and above which feature the Tefra hitch, will be based throughout all of Lomond’s depots, including a new one due to open in Solihull.

The Tefra hitch was fitted to the latest batch of machines supplied by Scot JCB. Its positive locking system, rather than a gravity locking system, is a safety benefit, while its components are cast, making it also lighter and stronger.