IT’S fair to say Castle Douglas-based CAM Engineering has come a long way since founder Clive Montgomery borrowed his dad’s van, put a toolbox in the back of it and set up in business with wife Jennifer in 2006.

Almost thirteen years later, the firm is a long-standing Takeuchi dealer and is currently in the process of adding another building to its existing sizeable premises, which were custom-built in 2013.

Over the past decade, CAM Engineering has helped grow the Takeuchi brand in the south of Scotland, having been appointed dealer for Dumfries and Galloway. In the early days, Clive says Takeuchi machines were relatively unknown in the region, but today boast an impressive market share and have been put to work on various significant local projects.

Reflecting on CAM Engineering’s history, Clive told Project Plant, “I started self-employed in May 2006 at the age of 32. I’d been working with a local agricultural engineering business and it had always been an intention (to start up on my own). Other things influenced it at the time and Jennifer and I made a decision between ourselves.

“We had a lot of very good customers that enabled us to get going. It was mainly onsite repairs at first. We then realised the need for premises. In 2007 we rented premises along the road from where we are now. We were in there for six years. That enabled us to grow and look at other things.” 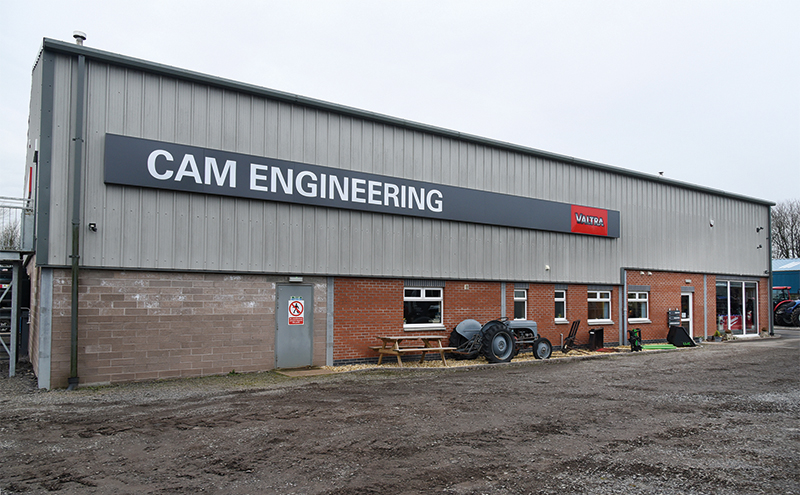 From a very early stage, Clive said the possibility of becoming a Takeuchi dealer was “always on the back burner” after he identified they had no one representing the brand in Dumfries and Galloway.

“I knew the Takeuchi machines because there was the odd second hand one in the area,” Clive explained. “I always had an eye for them. In 2007/08,Takeuchi was very unknown south of Glasgow. Jim Milligan at JMS was starting to get the numbers out (in the north of Scotland). There were hotspots for Takeuchi all over the UK and I identified that they were needing more dealers. That’s why I put my name in the hat.”

Clive attended the Highland Show in 2007, where Takeuchi had a stand. He met with UK sales manager Chris Bushell and Jim Milligan. Things progressed from there and eventually he got on-board with the manufacturer. Clive recalled winning an order for six machines from a local utility dealer that got things going.

The fact he’d secured a dealership with such a large manufacturer gave customers confidence that there was a lot more to CAM Engineering than just a man with a van.

In 2010, the firm was named Takeuchi Dealer of the Year in the UK. That same year, they became the local Valtra tractor dealer, which opened more doors. 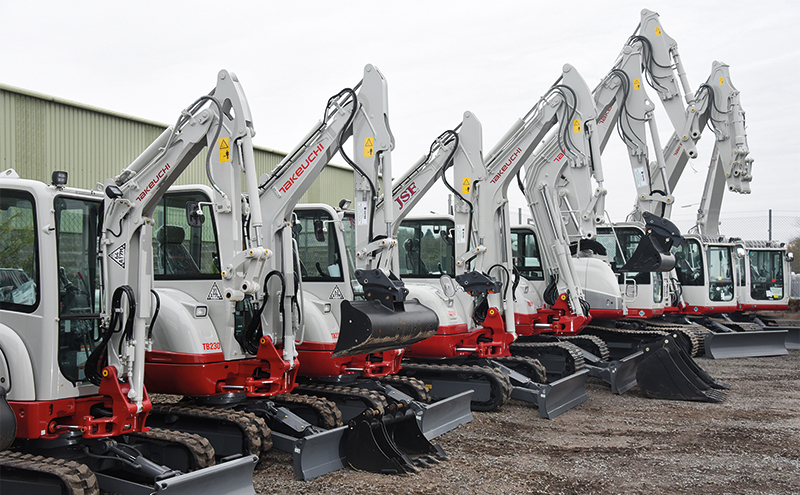 Trying to grow a fledgling business during the worst recession in recent memory sounds like a daunting challenge but Clive insists it wasn’t a huge problem because they weren’t committed to a lot of stock at the time.

“We had other strings to our bow, such as the service side and agriculture side,” he said. “That (the financial crisis) didn’t have a massive impact and I think in Scotland, in this corner anyway, we got away with it. We could see what happened in Ireland and England but I think in Scotland it was probably 12 months later before we started to think we weren’t doing the same business. It did go through a period where there wasn’t a lot happening, which probably overlapped a wee bit with us taking our eye off the ball and doing this project (moving to new, larger premises).”

As CAM Engineering became more successful, the need to relocate into larger headquarters was obvious. A solution was found in 2012 when a spot opened up in Abercromby Industrial Park. Clive explained, “We always knew that we wanted a place of our own. We had outgrown the rented premises and were on the lookout for a site or an existing building, but that was virtually impossible in the area. I knew the lad who owned this particular site and did a deal with him. We bought the site in 2012, and then got the contractors to do the build. We moved in on August 13, 2013.

“It has given customers a lot more confidence because they see the investment and commitment we have given and they are reciprocating that by showing confidence in us and buying more. Our numbers have grown. We now have nine employees in total including Jennifer and myself.

“Certain customers like to deal with a family business because they know they can speak to the person who makes the decisions and shout at him or praise him – whatever it may be!”

When asked what he likes about Takeuchi machines, Clive cited reliability, simplicity and the fact they offer something different, including aesthetically. “The machines are fantastic; I love the product,” he revealed. “I’m very passionate about the product; it’s an identity we have because it was something different at the time. The reliability of the machine speaks for itself.”

Clive said there are many synergies between his business and Takeuchi. One of the highlights of his time so far as a dealer for the Japanese brand was getting to visit Japan last May and meet Mr Takeuchi himself.

“We travelled quite a bit of Japan,” he said. “We were there for nine days, it’s an amazing country.

“I would say Takeuchi are very loyal to their dealers; more loyal than a lot of manufacturers. They appreciate the efforts and what a dealer has to do to make it happen. It’s a very close network.”

Despite ongoing political uncertainty, Clive described the construction equipment market as “buoyant” at the moment, with plenty scope for optimism.

“I do think Brexit is going to have an impact but I don’t think we’re going to notice it because it’s going to happen so slowly,” he added. “There might be a period of stagnation just when it’s all happening but we’re going to adapt and overcome.

“We’ve had some big projects on in this area. We had the new hospital in Dumfries, which was a big investment. We had a new gas pipeline; we’ve had some good wind farms and quite a lot of electricity pylons being replaced.

“In terms of competition, we have a Doosan dealer a mile from here, we’ve got JCB, Bobcat and Volvo in Dumfries. Everybody has competition. We’re not in a big market. I’d say from 0-10 tonnes models in this area, in an average year the market will be somewhere in the region of 80-100 machines. Two months ago we were running at 28% market share.

“We have a broad spectrum of customers from agriculture, utilities, power lines, general owner/operators.  We’re always looking for a niche market. We’re looking for the caravan park needing one machine or the gardener needing a machine, whether it be a micro or a seven-tonner.”

Highlighting the firm’s confidence for the future, CAM Engineering is investing in another building at its HQ, which will be used primarily for storage.

Clive is expecting more innovation in 2019 from Takeuchi. At the time of interview, he was just about to head south for a dealer’s meeting at the manufacturer’s UK headquarters, where he was anticipating finding out about the latest developments. “I think innovation is important, but it’s got to be done at a pace where the machines are tried and tested before they reach the market,” Clive said. “Takeuchi are very good at that; they want to make sure whatever they’re releasing with their name on it is what the customer has grown to expect from Takeuchi.”

SANY ramps up recruitment drive ahead of ‘very busy’ 2022