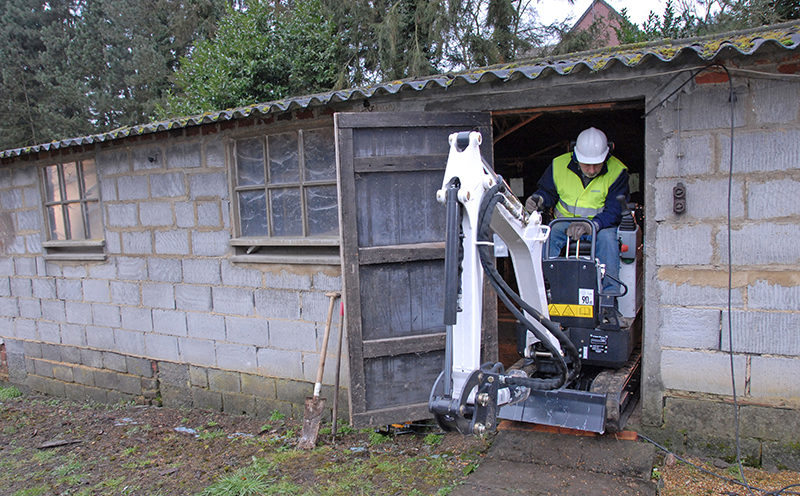 DOOSAN Bobcat has revealed the firm will be showcasing its Bobcat E10 zero tail swing mini-excavator, now renamed the E10z, at the Executive Hire Show in Coventry early next year. 10,000 of the machines have been sold around the world, mostly in the rental sector.

Bobcat has been celebrating the tenth anniversary of the E10 this year. The model, along with the smaller E08, were the first excavator models the manufacturer designed and built from start to finish in Europe.

The E10 is now called the E10z to reflect that it is a zero tail swing mini-excavator with a maximum digging depth of 1.82m and a machine weight of 1066kg. What is said to differentiate the E10z from competitors is the patented side adjustable consoles which accommodate hydraulic pilot pressure controlled joysticks.

The design is said to allow operators to enjoy the comfort and feel of much larger machines, while being able to adjust the width of the consoles for easy passage through narrow openings.