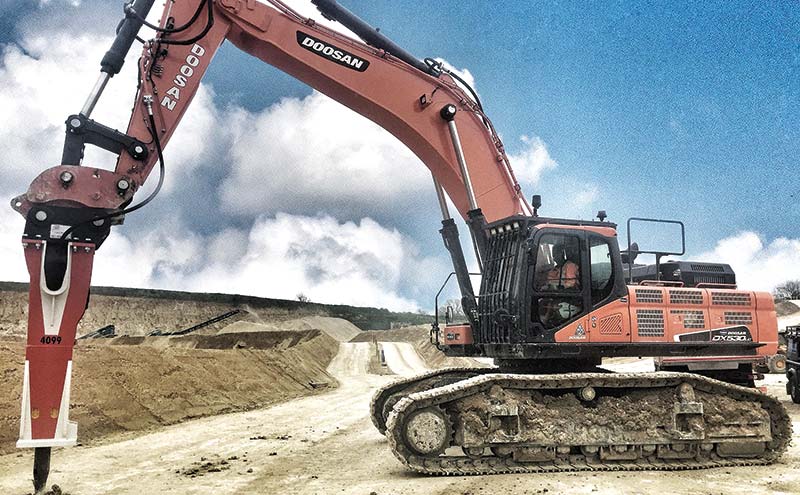 A Rammer BR4099 and BR3288 have been purchased by Creeton Quarry, part of the Johnson Quarry Group, to help process material at their Jurassic limestone quarry in Lincolnshire.

The quarry has three distinct beds: Creeton Banded, Creeton Hard White and Creeton Silverbed, which are utilised for a range of processing and masonry projects.

The Rammer BR4099 hydraulic hammer conducts the primary extraction using a hard rock chisel, breaking tough rock out from the quarry face.  Once the material is transported over to the crushing and screening area, the BR3288 deals with any oversize lumps in a secondary application, using a blunt tool to enable a “smooth transition” for the infeed to the crushing process. 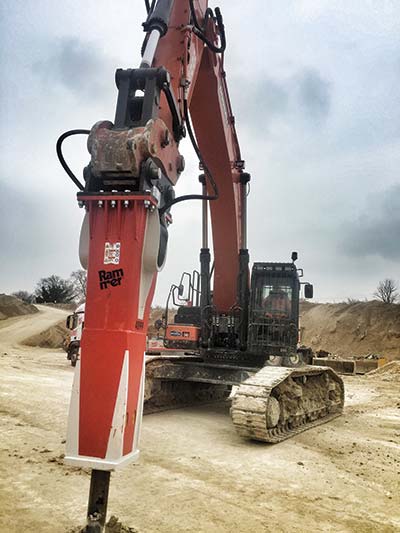 Both the Rammer 4099 and 3288 hydraulic hammers feature a new operating principle that is described as combining stroke length, blow energy and Rammer’s idle blow protector, allowing the hammer to be adjusted to match individual carriers and applications.

The hammers also both include Ramdata II.  This technology monitors functions such as working hours, operating method and shift duration, using this information to help predict failures before they occur and schedule service and maintenance.

A further feature of Rammer hammers is ‘stroke selector’ which is said to make it easy to change between short-long stroke depending on the material.

Creeton Quarry’s Steve Johnson said, “The Rammer hammers are playing a vital role within the quarry.  They allow the crusher loader to operate at maximum speed and for the crusher to work at full capacity without any issues.  Without the hammers, we simply wouldn’t create as much saleable material.”

Liebherr loader proves to be good with wood at processing site

Hybrid shredder looks to offer best of both worlds to customers