TILTROTATOR dealer QCE has appointed a new manager to head up its UK operations.

Peter Jack has taken on the role of country manager UK and Ireland for the firm, bringing with him a wealth of experience in plant. A time-served plant fitter, Peter has worked predominantly in the Shetland Isles with companies including Garriock Bros and DH Marine.

After an initial meeting at the now defunct SED exhibition over a decade ago, Peter developed a long-standing relationship with QCE owner and MD Daniel Sjödin, which led to getting involved with the dealer. Peter, who is based in Dunfermline, told Project Plant he was drawn to the challenge of establishing QCE in the UK, and the freedom to build the business in a way he chooses. He also said the role would allow him to draw on elements of his pervious experience such as hydraulics, electronics, CAN bus systems, the running of spare parts stores, warranty work and machinery importing.

“It’s a company that is ambitious,” Peter explained. “It wants to be recognised as being a market leader.”

Peter said he would be taking a customer-focused approach, with satisfaction being a top priority. He added that QCE is looking to appoint dealers and distributors going forward who are capable of meeting customers’ needs on their doorstep. Peter said QCE has a “very close eye” on innovation, and will be bringing a series of products to the UK marketplace in the future. For the time being, however, the focus will be on QCE’s mainstay – its range of SMP tiltrotators. 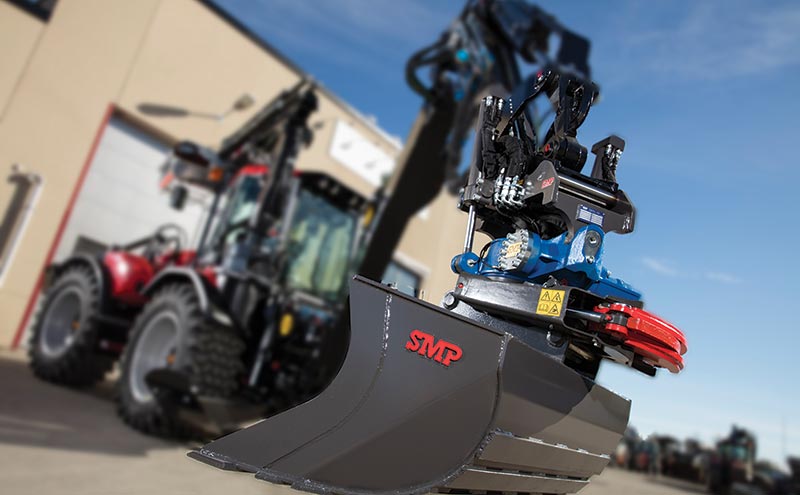 “First of all we’ve got to make sure that people are aware of the SMP tiltrotators. That’s the backbone of QCE in the UK and Ireland, but we will be bringing in other products. That’s our main objective – to get the SMP products out into the marketplace.

“We know that we’ve got a very reliable product…it has been sold throughout Sweden and other Nordic countries for some time.”