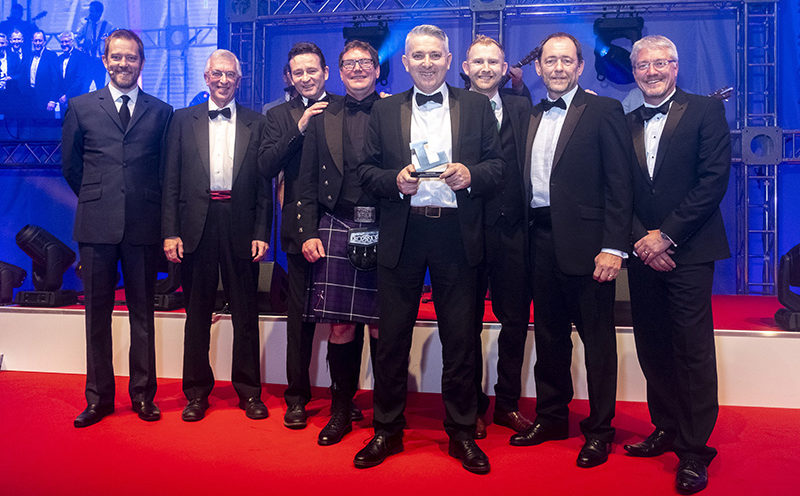 VOLVO Motherwell has won the UK-wide Industrial and Transport Lighting Project of the Year at the Lux Awards, held recently in London.

The winning project was a recently installed lighting system at Volvo’s manufacturing site in Motherwell, which the company said has already saved over £80,000 thanks to reduced electricity consumption and costs.

Volvo Motherwell aims to become carbon neutral and identified the need to overhaul the lighting system., Carbon Reduction Technologies and enModus were tasked with developing a ‘Smart Connected Lighting’ system for the facility, utilising smarthub technology.

Operations director Paul Hudson said, “We are absolutely thrilled to win as it was a very strong field with some great competition, but it’s fantastic that the steps we have taken to become carbon neutral have been recognised in this way. We are continuously working with our partners enModus and Carbon Reduction Technology to implement smarthub technology across other processes.”