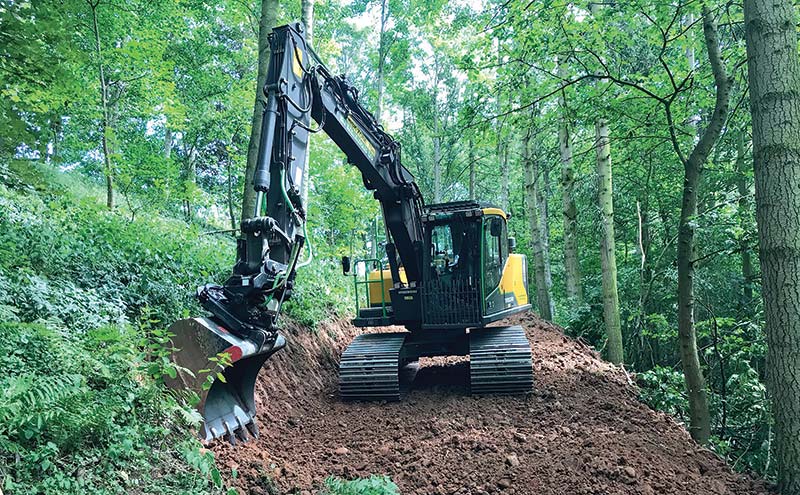 STEELWRIST has been making waves north of the border this year, with a number of clients spanning from the Borders to north of Aberdeenshire.

Project Plant recently spoke with a trio of Steelwrist partners and operators to discuss the difference tiltrotators have made to the work they do.

Angus Ross, director and owner of Highland-based Plant Services Ardgay Ltd got involved with Steelwrist as a service partner at the beginning of the year.

With a background in hydraulic and mechanical engineering and a business making hydraulic modifications to excavators, Angus said the tiltrotator market is a “good add-on” for him.

“That’s the way forward,” he said. “Steelwrist in Scotland is ploughing on all the time and the market can only increase.

“I would say it’s going to increase dramatically over the next three years. I’ve been involved with tiltrotators for a number of years, with different brands.

As the market is increasing, Steelwrist is getting more and more prominent.”

Angus explained that owner-operators have really taken to the Steelwrist tiltrotator, as well as small plant hire firms with two or three operators.

“They seem to be seeing the benefits and it’s keeping their hire for them. We seem to be doing well with the smaller firms with a wee bit of forward thinking and their hires are lasting longer because they’re the last off-site.”

Paul Monaghan, managing director of Aberdeenshire-based groundworks and hire firm PTM Plant, said the firm had only recently got to grips with the tiltrotator concept and was put in touch with Steelwrist UK MD Pat Bulcock.

“Pat was first class,” Paul said. “It took me a long time to get my head around having to spend that extra X amount on the machine and not see the return, but I’ll get the lifespan of two machines out of it.”

The firm runs a fleet of Takeuchi machines, and its first Steelwrist was used with a 6-tonne digger. “We couldn’t believe the time it was saving,” Paul said. 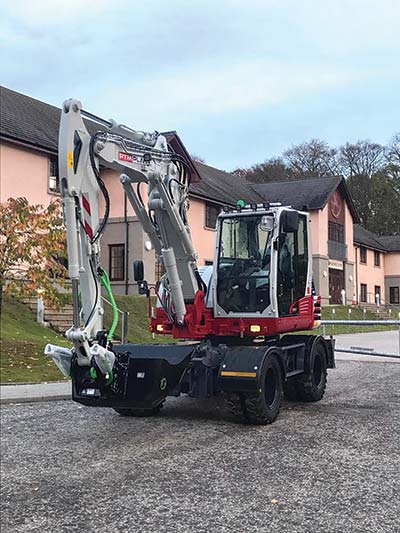 Ben Miller, director and owner of Borders-based contractor BM Excavations has just ordered his third Steelwrist tiltrotator. The majority of Ben’s work is in the forestry sector, where the versatility of the unit has come into its own.

“I’ve got an X18 Steelwrist with a gripper and a Volvo EC140 ELM,” Ben said. “With that I’ve got grabs, shears, mulchers, and then the usual non-powered attachments like rippers, rakes, V buckets, mounding buckets – all kinds of things that complement the Steelwrist but also are necessary for my line of work anyway.”

Ben went on to say that he used the tiltrotator for a range of applications including pond and lake formation, drain and ditch clearing and formation, forest road works and tree and scrub flailing.

He continued, “Even the likes of what I’m doing just now, digging a v-ditch across a forestry site, it’s just the efficiency that the tiltrotator brings to a job like this. You’re not having to level the machine up or worry about what angle you’re sitting at; you can just do it all from one spot.”

Ben said the tiltrotator was a “must” for carrying out tree shearing and pruning works. He explained, “Because it’s a fixed rotator you’re able to rotate it round and rake with the grab as well as use the grab for handling materials.”