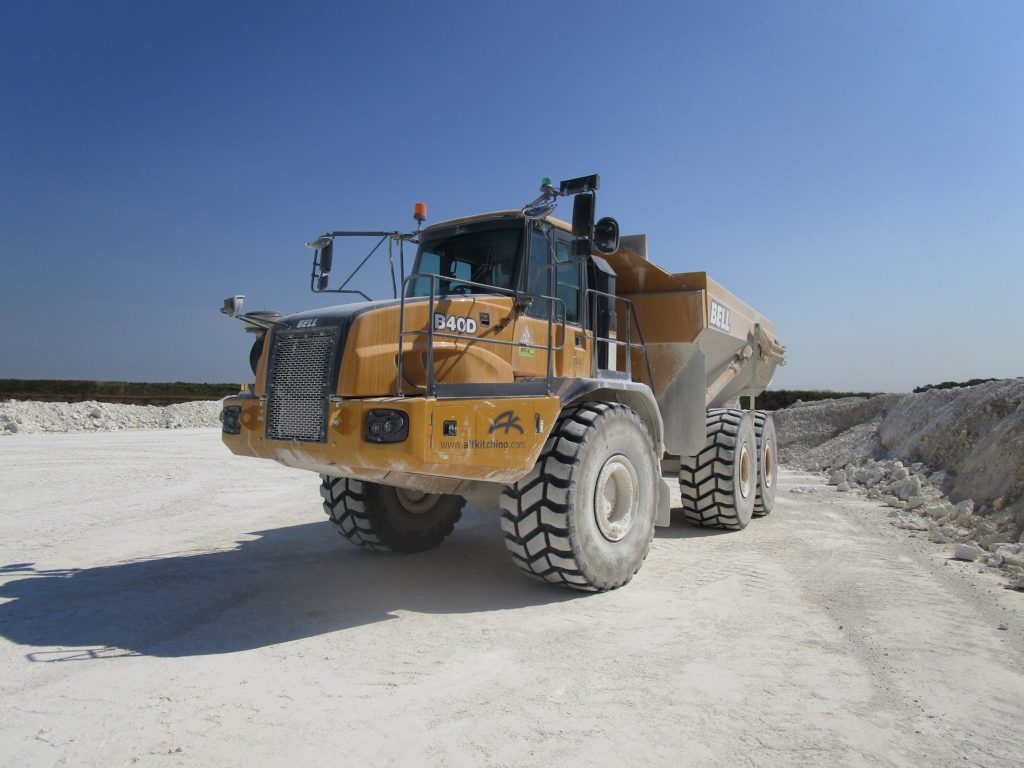 A Bell B40D ADT has chalked up a major milestone after hauling over one million tonnes of limestone in just over two years.

Alf Kitching, a North Lincolnshire-based quarry and civil engineering excavation specialist, bought the machine at Hillhead 2016. It started work in September that year and has since racked up 5,000 hours. For the past 15 months, the ADT has been in operation at Singleton Birch, Melton Ross Quarries, hauling blasted limestone. Bell said it has averaged an output of around 130,000 tonnes of stone per month.

“We’ve been delighted with the machine’s capabilities,” said Paul Kitching, managing director at Alf Kitching. “Having decided to research the advantages of Bell machines after agreeing to seek out a new ADT supplier, we examined the B40D’s spec. We were subsequently impressed and went on to discuss a deal with the Bell sales team prior to providing full confirmation at Hillhead.

“Since signing on the line we haven’t looked back, as all the features that attracted us to the model in the first instance have really come into their own within the quarry environment.”

The Alf Kitching team has recently trialled a Bell B50E and B60E, with a view to adding another model to the fleet.

Nick Learoyd, managing director at Bell added, “Considering making a repeat purchase of a further Bell machine is a true testament of confidence in our trucks’ capabilities, brand and supporting customer service. We’re delighted that Alf Kitching’s B40D has achieved its impressive million-tonne milestone. Thanks to the machine’s onboard weighing system, efficiencies and progress can be so easily tracked and monitored and we anticipate learning about the model’s next impressive loading achievement.”