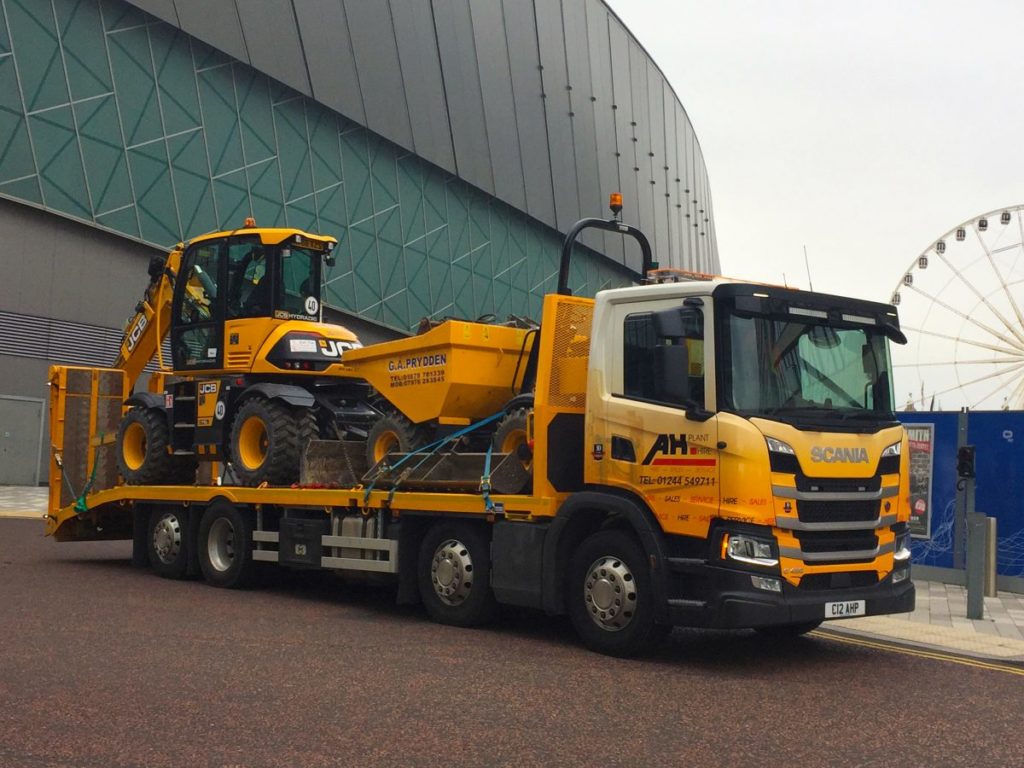 A bespoke Andover Trailers plant body has made its way to AH Plant Hire as an upgrade on the company’s original Andover build, which has been in operation for 14 years.

The 2004 Scania isn’t being retired from service, as both truck and body are described as still being in “excellent” condition. Instead, the new Scania is an addition to the fleet, providing AH Plant Hire with a bigger truck and the ability to move larger loads.

The new body comprises a low-profile deck and a double crank beavertail connected to a pair of 2.8m long hydraulic power toe, knife edged ramps, alongside a hydraulic winch and ten pairs of lashing points on the deck.

Andrew Heaton, director at AH Plant Hire said, “We’ve looked after our original Scania and both the truck and body have been brilliant. We calculated that the vehicle has been loaded and unloaded close to 120,000 times, and it’s still going strong – if that isn’t a testament to the build quality and longevity of Andover’s products, I don’t know what is!”

Andover said the combination of the double crank beavertail and longer ramp length creates a “shallower load angle”, helping to improve safety when loading and unloading.

AH Plant expects the new vehicle to remain in service for around six years, clocking up close to 75,000 km a year.