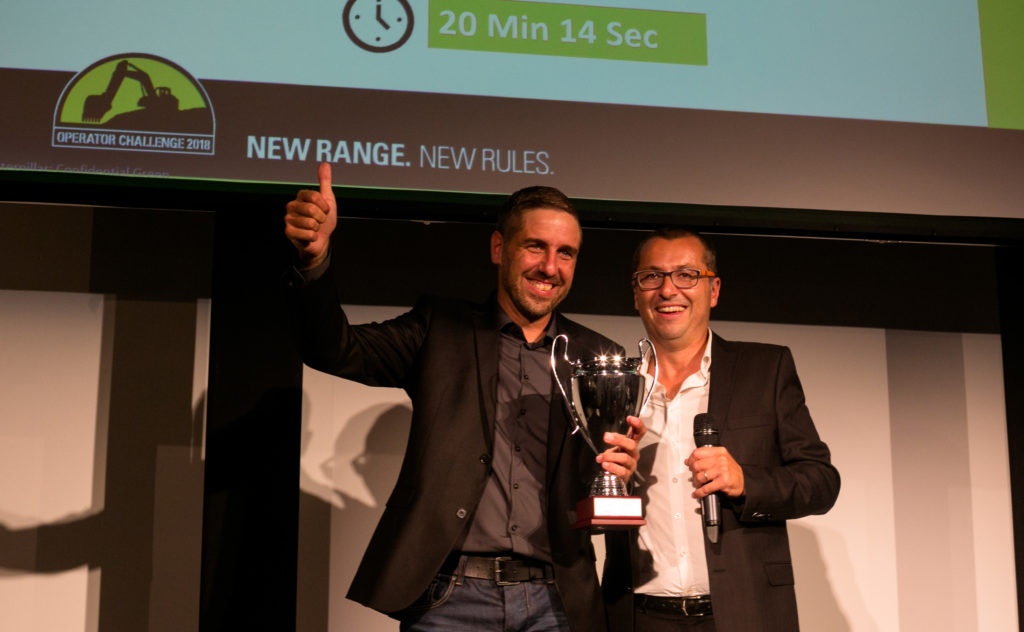 GERMAN operator Sebastian Behr has been announced as the winner of the 2018 Caterpillar Operator Challenge for the third time.

After competing in national heats, 18 operators from nine countries participated in the four-day final at the Caterpillar Demonstration and Learning Centre in Malaga, Spain. The contestants competed in six challenges which tested agility, mental toughness and skills, while also measuring accuracy in loading, moving, and driving.

Sebastian Behr said, “This was a really tough competition, I could sense my competitors were very close. I am so happy to have won and had such an amazing experience during the “New Range-New Rules” Operator Challenge final in Malaga, I will never forget it.”

Behr lives in Cologne and works for Reuen GmbH, a firm that specialises in renting operated equipment. His prize was a VIP trip for two to America, where he will tour several Caterpillar R&D facilities in Illinois before heading to Las Vegas for a holiday.

The runner-up was Paul Heffernan from Ireland, while another German – Holger Quehl – finished in third place.