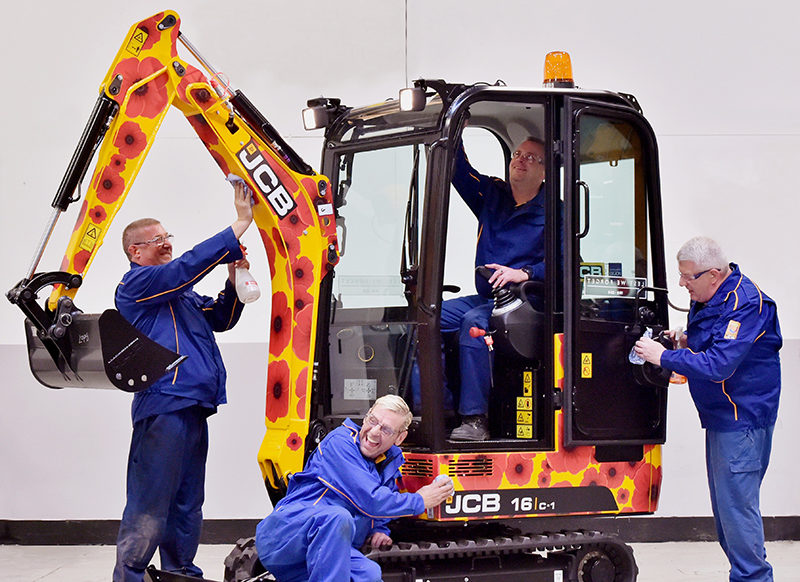 JCB is to auction off a specially-designed mini-digger with red poppy livery to raise money for the Armed Forces community.

As the nation prepares to mark the Centenary of the World War I Armistice, the manufacturer has created the 16C-1 machine to raise funds for the Royal British Legion. The model is worth more than £20,000.

JCB chairman Lord Bamford said, “JCB is immensely proud to be British and we should never forget how much we as a nation owe to the generation that fought for the freedom we enjoy today. The British Legion’s theme for the Centenary is ‘Thank You’ and we can think of no better way of saying our own thank you than offering a JCB mini excavator to auction off for a charity which supports our brave Armed Forces.”

The winning bidder will be announced at the launch of the Staffordshire Royal British Legion’s Poppy Appeal at JCB’s HQ on October 26. Bids can be placed online from Friday October 5 at  www.jcb.com/auction