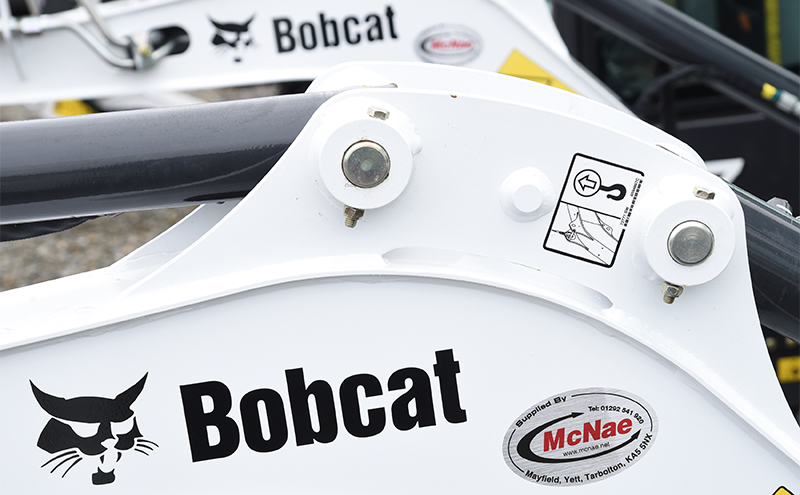 The company has been going strong in Tarbolton, North Ayrshire since 1985, serving the agricultural sector. The family firm now has a team of 20, with founders John and Maureen McNae still active in the business, alongside sons Neil and Drew, with all four acting as company directors.

John H. McNae initially took on Bobcat four years ago, dealing only in agri telehandlers. Leigh Dalgleish then came aboard as sales director for the Bobcat brand last year, after the firm took on the full-line dealership.

Neil told Project Plant that the dealership has opened the firm up to a whole new market of customers. “The construction side is a completely new thing for us; we’ve never been in that market before,” he said.

“We need to expand; we’ve been solely on the agricultural side for years and we felt it was time to try.

“If we don’t have everybody working together as a team, it’ll never succeed. It doesn’t matter what brand you have behind you.”

“Our service is fantastic,” said Leigh, a self-confessed Bobcat super fan.  “I had customers phoning me last week to thank me for a breakdown in Kilmarnock within an hour. It’s unheard of in the Bobcat sector.”

Leigh said that construction is a “totally different animal” from the agricultural market John H. McNae was used to. He explained that while a farmer might be willing to order a tractor and attachments, sit and specify it and wait three or four weeks for delivery, construction is very much a case of needing a machine and wanting it yesterday.

“It’s just so quick and it’s opened their eyes, but they’ve adapted brilliantly to that fast paced environment. You couldn’t do it without the stock, and we’ve had the stock, which is a big thing for us.”

Leigh highlighted the 25.14hp 1184kg Bobcat MT55 mini-track loader, which offers both ride-on and walk-behind operation, as an example of how diverse the range is. “You can walk behind it, you can stand on it, but the attachments we’ve put on the end of it – for fence posts, augers, landplanes – you wouldn’t think on a small machine you could do so much.”

Bathgate firm Landscape Design Contracts has taken on an MT55 which, according to Leigh, has turned a full day’s work planting fence posts into a one hour job. “They were doing 20-30 fence posts and it was taking two guys a full day to do them. They can send one guy out with that machine and do 20-30 fence posts an hour, and then he can put pallet forks on and move pallets about; he can dig; he can do all sorts with it.

Leigh said the firm had also sold an MT55 to resurfacing and civils contractor Complete Paving Rentals (CPR), who have recently taken on a second unit, and are in the process of ordering a breaker and sweeper attachment. “They just can’t believe what they can do with this machine.”

He went on to explain that the MT55 deal was done with CPR managing director, William Black, at this year’s ScotPlant, where John H. McNae had a stand showing off a range of kit including agri telehandlers and diggers.

Neil said that this was his first time at ScotPlant and he found the show to be “a breath of fresh air”. He was pleased with the positive reaction to the Bobcat brand.

“There was a massive range of people there. It was unbelievable, how they all came. The weather was on your side as well, everybody’s happy when it’s a nice day. I really enjoyed ScotPlant; I thought it was a real good show.”

He added that they had a “good mix” of kit on the stand. “Everyone looked at everything; I don’t think they were aware Bobcat had such a diverse range.”

Focused on the landscaping sector, the event featured the T450 compact-track loader and MT55, along with the new E26 mini-excavator, part of Bobcat’s new R-Series 2-4 tonne excavator range, which was making its Scottish debut.

Reflecting on the event, Leigh said, “The quality that was there was really good and what I’ve always found in the past as well, Bobcat customers seem to have formed this wee group where there’s four or five of them and they’ve all got tracked skid steers and different attachments and they all talk and they all share each others attachments and even if we get two or three new customers coming that day and they’re sitting talking to these guys, they’re sold right away. 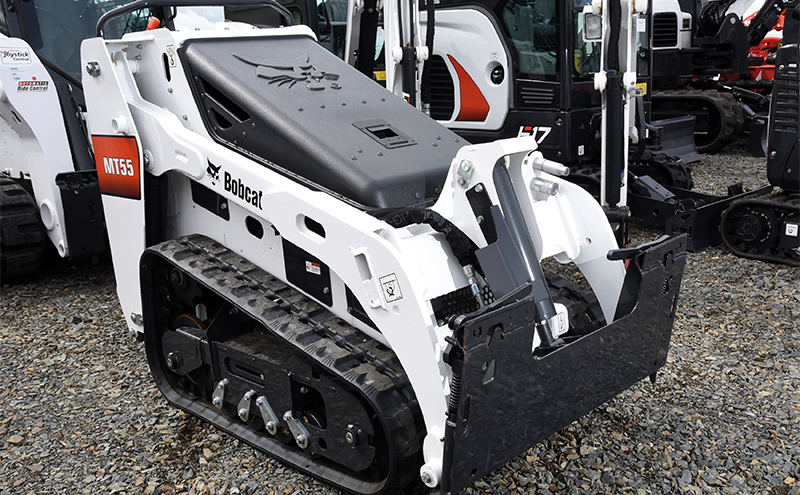 “That’s the Bobcat family, that’s the way I see it. Everybody that’s got Bobcats absolutely love them. It’s not a case of it’s just a machine that does its job, it’s a way of life for them…we’ve got a certain core group of customers that we can grow the business round about.”

Going forward, John H. McNae is planning on expanding its Tarbolton base to incorporate a Bobcat showroom and office. In the past, the company has held nights for agricultural operators, something they are keen to do again with the new brand.

Neil said, “Get the manufacturer involved and have operator nights because I think it’s another angle to get at the machine. Have the operator or the engineer that’s looking after those machines in, not the guy that’s writing the cheque all the time, because the operator is sometimes getting the final say in these things.”

However, the firm is still keeping its feet on the ground, not wanting to do too much, too fast. 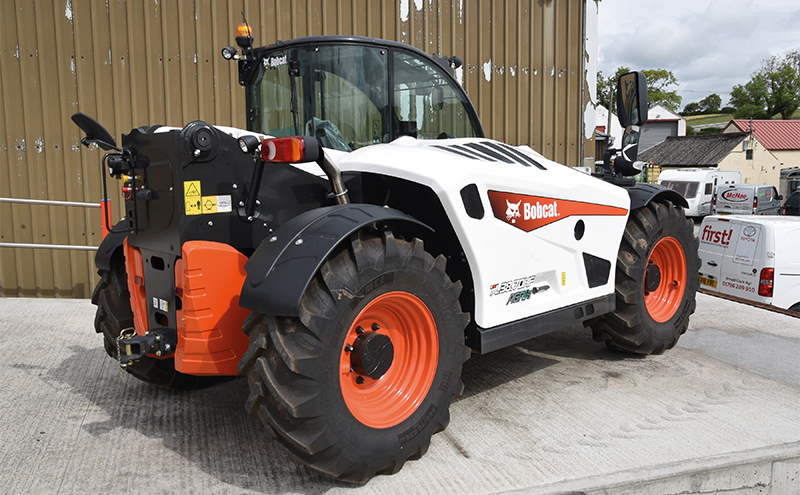 Neil added, “Bobcat is still very much in its infancy for us. We’re less than twelve months into the full-line dealership; it takes a while to build up. You’ve got the stocks to buy, the stores to kit out. It’s a big thing on the business to get that initially set up so you would be looking at twelve to twenty-four months down the line, being realistic.

“Things just cannot happen over night. It’s the way we’ve always worked; we try to do as much of the work we can ourselves, that way it’s built the way you want it.”