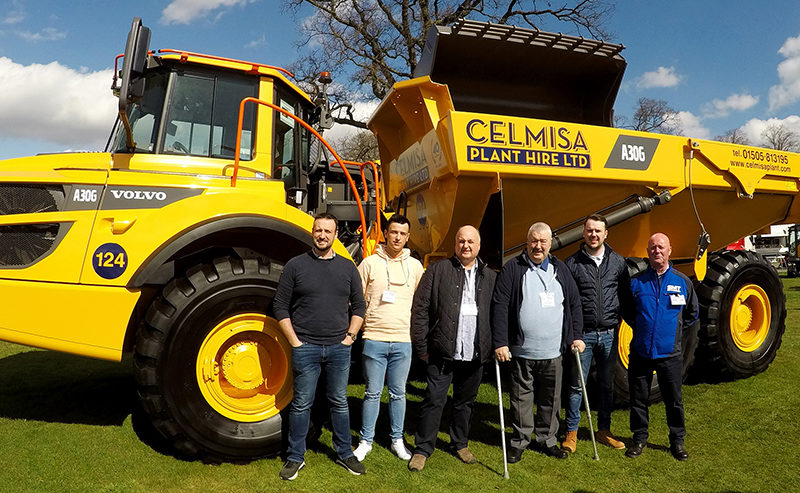 The firm, based in Neilston, Glasgow, is celebrating 40 years of trading this year. MD Ian Johnston said Volvo machines have been part of the business for most of that period.

“My father Charlie founded the company in 1978 and back then, we were involved in agricultural contracting, drainage and some bulk earthmoving,” Ian explained. “Volvo articulated haulers have been a part of our company for most of this time – certainly for the last 35 years and we cannot fault them. Even today, we are still running 20-year old A35Cs on our own contracting jobs and have just overhauled one of them completely. However, the new A30Gs we’ve just purchased will be deployed in our operated plant hire fleet.”

The A30G hauler meets Stage-IV final emissions legislation standards and is powered by an electronically controlled, six-cylinder 264kW turbo charged Volvo V-ACT diesel engine. Purpose-built by Volvo, the engine is described as being designed to exactly match the Volvo drivetrain, ensuring the “best use of power and torque”, even in tough conditions.

Boasting a carrying capacity of 28 tonnes and heaped capacity of 17.5m³, the A30G has a maximum speed of 53kph. The telematics system CareTrack is fitted as standard.

Ian added, “Certainly the Volvo articulated hauler is the best on the market – not just in performance and reliability but they hold their worth, making them very attractive from a residual value standpoint. You really do get what you pay for at the end of the day.”