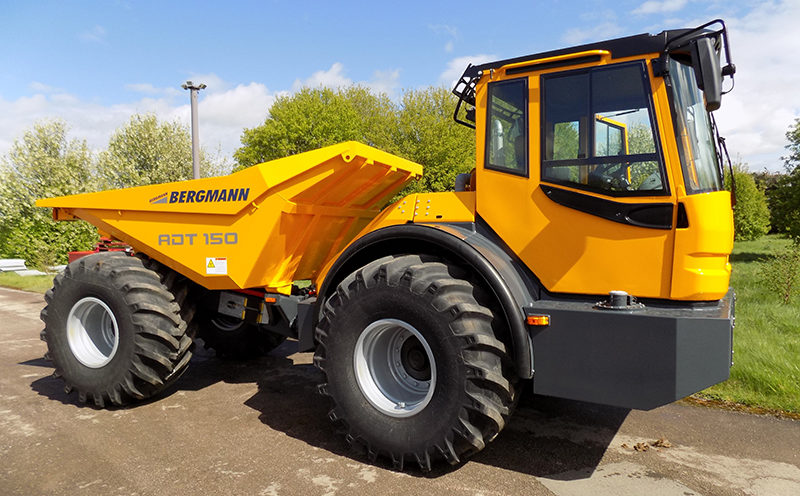 A&Y Equipment has announced it has become the sole UK and Ireland importer and distributor for the Bergmann Series 3000 and 4000 dumpers.

The deal was signed at the recent Intermat event in Paris and expands the A&Y portfolio.

A&Y said the newly remodelled Bergmann ADT150 wheeled dumpers will lead the new line-up. These machines feature either a swivel, rear or three side tip and have optional 180° rotating seats with reversing cameras. This safety feature is said to make the equipment well suited to industries such as tunnelling, mining and quarrying.

The 10-tonne Bergmann 4010 tracked machine with swivel or straight skip is also now available. A rotating seat option and cameras are described as providing “optimal visibility and safety”.