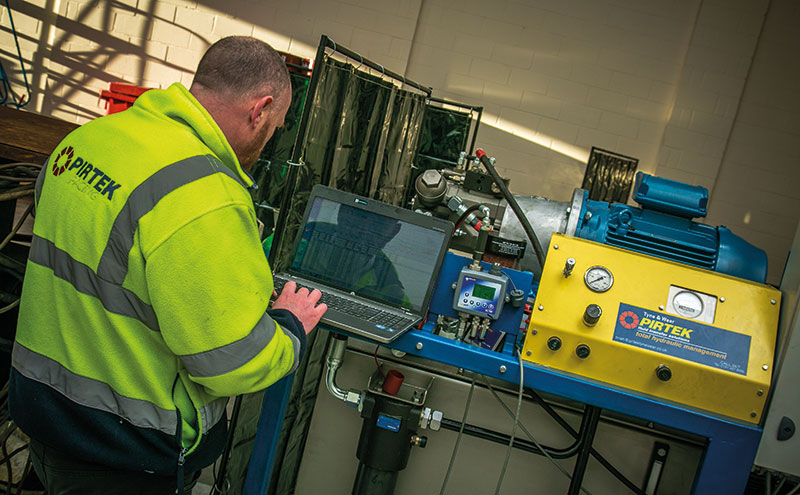 PIRTEK’S Tyne and Wear franchise is pioneering Total Hydraulic Management (THM), a data-driven system whereby elements of the hydraulic system are tagged and monitored throughout their lifecycle and then replaced before they fail.

Pirtek Tyne and Wear’s Kevin Monaghan explained, “If a hose has been replaced three times in 12 months, it’s obviously not the hose that’s failing. There’s something wrong elsewhere.”

As well as keeping track of the age of components, THM includes ‘servicing’ the fluid element of the system. Kevin added, “We take a sample of oil and do a report within 24 hours, giving a breakdown of every single contaminant in the oil – chrome, other metals, everything. Then you have an indication of what is causing a problem.”

One of Pirtek’s THM clients is Banks Mining. Robbie Bentham, plant director at the north east mining specialist said, “Predictability is a key attraction of Total Hydraulic Management. We don’t like to live in an unplanned, unpredictable world. We see the value in improving the availability and reducing the downtime of the assets, particularly on the large rigid trucks and the prime movers, because if one of those assets is down then production comes to a grinding halt – that has a huge impact on production efficiency

“On average, 80% of activity performed on an asset is now planned and controlled. Once you move into a world of being unplanned your cost escalates.”