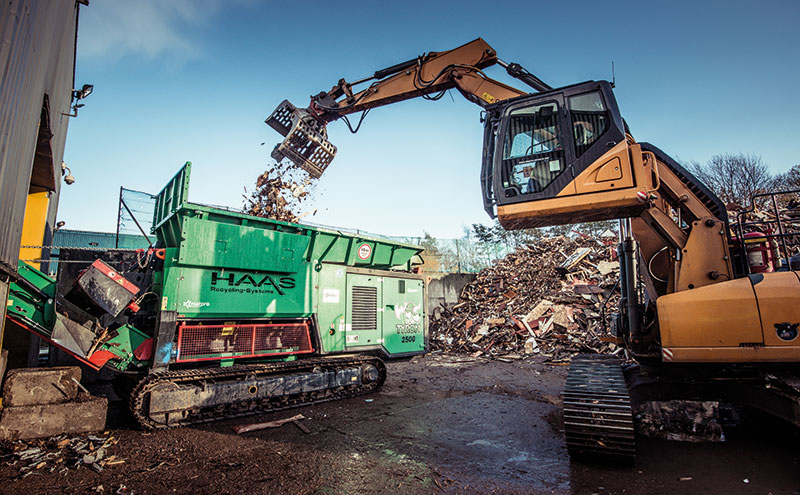 TIMBERPAK Scotland, a subsidiary of EGGER, has acquired Scotland’s first Haas 2500 slow-speed shredder, which will be tasked with helping to process some 100,000 tonnes of waste wood every year at the firm’s Bellshill recycling facility.

The industrial waste shredder was supplied by UK distributors, Matpro Machinery and is the largest of the Haas Tyron shredding range.

Gordon Argo, operations manager at Timberpak Scotland, explained there was need for a trustworthy replacement for the company’s previous shredder, which had run its course.

They needed a machine capable of handling the “fairly high tonnages” received on a daily basis.

“It was also a crucial requirement the new shredder would consistently create uniform, downsized material, which was a major problem with our last shredder, as the larger material being created post-shredding was continuously being blocked by the magnet belts,” Gordon added. 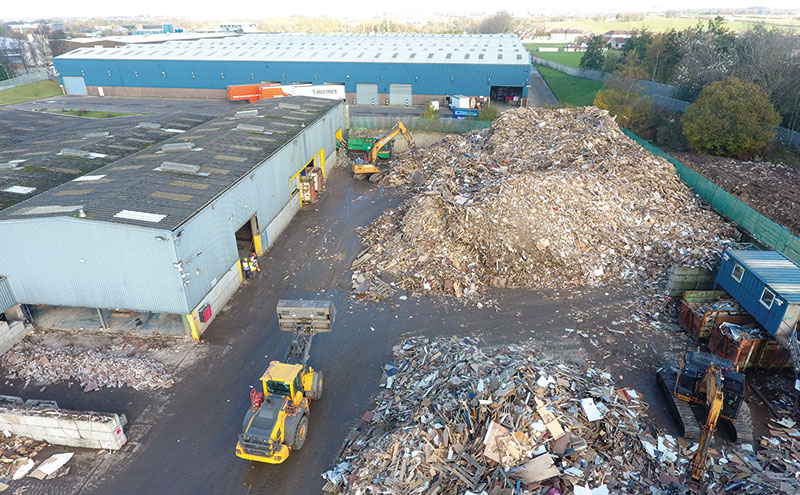 “It has more than lived up to expectations,” he added. “The large infeed area allows for greater tonnages to be processed at a single time and the independently operated shredding shafts are helping to produce high-quality downsized material.

“Working in conjunction with our picking station, we are now producing the cleanest, uniform material we have ever made.”

Matrpo director Ben McQuaid said, “The Haas 2500 really is the perfect fit for a substantial waste wood processing business such as Timberpak and we are more than happy to see they are starting to witness both the functional and operational benefits in such a short space of time.”