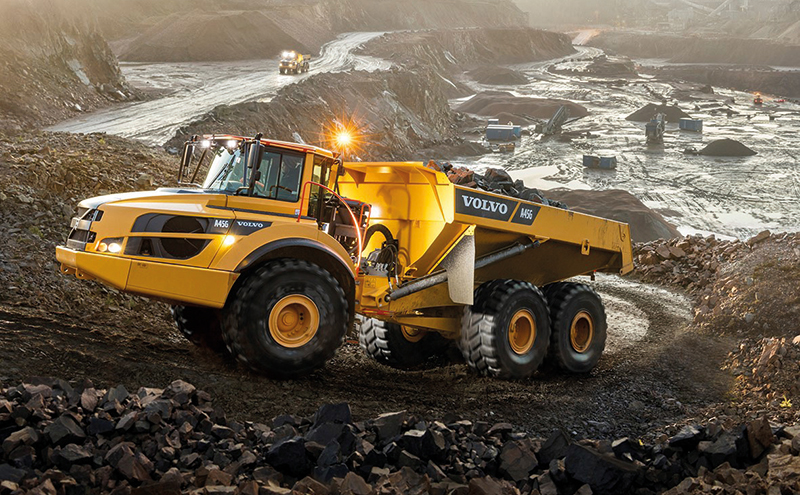 THE Swedish factory that produced Volvo’s first ever articulated hauler recently made the manufacturer’s 75,000th one.

Volvo Construction Equipment claims to have invented the articulated hauler concept more than 50 years ago, adding that it has produced more than half the machines ever made. Some 50,000 of them are still in operation around the world.

The honour of becoming the 75,000th machine to roll off the production line went to one of the new generation A45G full suspension models. It was completed in June in Braås, Sweden – the same site as the first machine – the DDR631 or ‘Gravel Charlie’ as it was known. Factory workers celebrated the moment with ice cream.

The milestone machine is set for Norwegian customer Leonhard Nilsen & Sønner AS.

Suffice to say, haulers have come a long way since that very first one in 1966, increasing both in size and sophistication.

Volvo said the first 15 tonne capacity machine built back then can fit into the haul body of the A60H – the firm’s flagship 55 tonne hauler.

The manufacturer admitted it “took a while” for the world to fully appreciate the benefits of articulated haulers but that the machines are now more in demand than ever before.

Esbjörn Fritzell, vice president of Volvo CE’ Trucks business platform said, “There’s no question that we have the best product. The fact that so many of our haulers are still working around the world is a testament to their usefulness and durability – it’s almost impossible to kill a Volvo articulated hauler!”

Mecalac unveils new series of machines for the rail sector