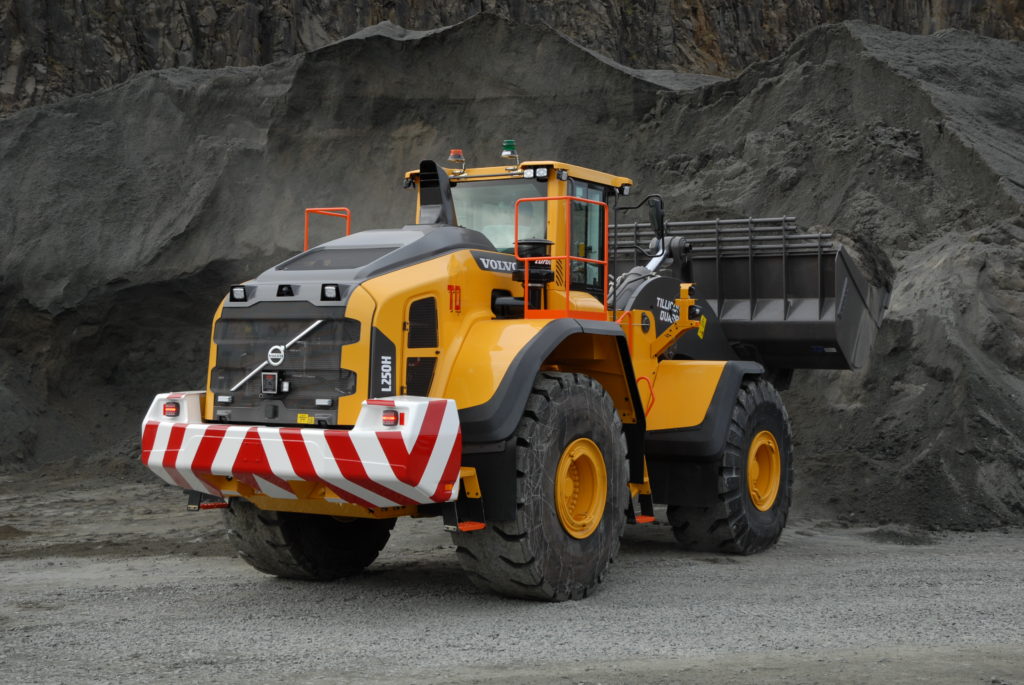 TILLICOULTRY Quarries has snapped up its largest ever Volvo loading shovel after opting against models from other manufacturers.

The 35-tonne L250H has been put to work at the firm’s Northfield Quarry on the outskirts of Denny and has been joined by two L120H machines, one of which has been placed at Tams Loup Quarry. The machines join six L120Hs bought last year, bringing the total fleet of Volvo loading shovels to 15.

The L250H is equipped with a 13-litre Stage IV engine developing 394hp in an rpm range of between 1100 and 1200 rpm. Other features include the Volvo Eco-pedal, which allows operators to run the machine at its optimum rpm in the engine’s torque curve.

“Apart from the obvious requirements in terms of product reliability and a return on the total cost of ownership, it was important for the machine to dispatch a standard eight wheeler in just two passes. We did consider the smaller L220 but felt that the larger 35-tonne shovel complete with a 5.5m³ bucket was the optimum sized tool for the job.”