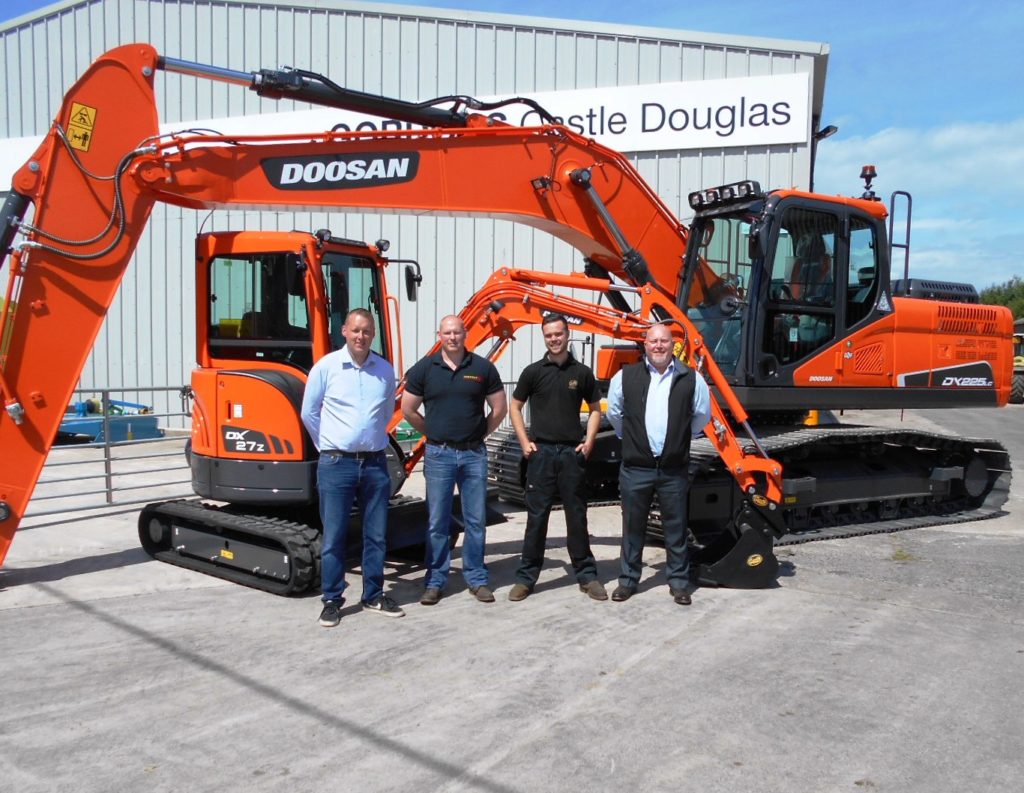 James Gordon Ltd has been appointed Doosan dealer for the south west and Borders regions of Scotland and the county of Cumbria.

The Castle Douglas-based firm, which was founded in 1865, will be responsible for sales and servicing of a wide range of Doosan kit including excavators, wheel loaders and articulated dump trucks.

Doosan described Gordons as a “well established and much respected business”. Kim Dudley, Doosan regional manager for northern Europe, said the manufacturer was impressed by the firm’s reputation and aftermarket focus as well as their desire to grow the equipment business and customer base.

“As a perfect illustration of this, Gordons has already secured a number of new orders for Doosan products and is taking delivery of a significant stock of new machines and parts to ensure good availability for customers in its area,” Mr Dudley added. “Whilst some of these are to already existing Gordons customers, they include a number of businesses that are new to the company, resulting in an immediate expansion of their customer base.”

Kevin Fraser, sales director at Gordons, described the news as a “tremendous opportunity”. “We currently employ 85 staff across our six depots and we have dedicated sales and aftermarket staff for the Doosan range already in place, working out of the four depots at Dumfries, Castle Douglas, Castle Kennedy and Whauphill covering our new Doosan area, with a Doosan trained service engineer based in Cumbria to serve Cumbria and the Scottish Borders,” he explained.

“As Kim mentioned, we have quickly won orders from different customers covering a wide selection of machines, including 2 x DX27Z, 1 x DX35Z and DX62R-3 and DX85R-3 mini-excavators as well as larger DX140LC-5 14 tonne and several DX225LC-5 21 tonne machines.”