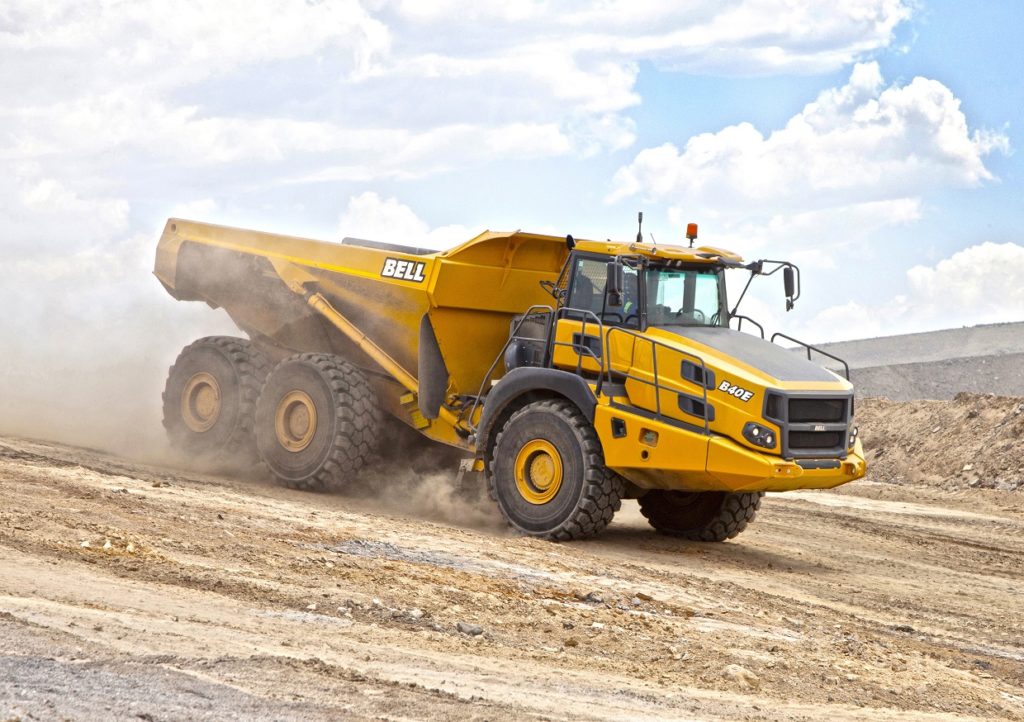 Bell Equipment UK has announced the launch of its new mid-range E-series machine, the B40E.

The truck spent five years in development, during which time it underwent testing with engineers using structural and dynamic analysis, as well as drawing on results of test procedures within harsh site conditions to ensure a “strong reliable product”.

Richard Higgott, sales manager at Bell Equipment, predicts that the B40E will be a “sought-after addition” for UK plant hire and quarry fleets. Richard attributes this to the truck’s “greater power and increased payload, which delivers the best power-to-weight ratio in the industry at 5,37kW/tonne”.

He said, “The five-year research and development programme this machine has undergone has given us the time to be meticulous with its evolution. As a result, the new platform has been engineered to handle future emissions requirements and incorporates the latest developments in 6×6 technologies to be able to give our customers more in the way of performance and fuel efficiency improvements.”

Richard went on to explain that the B40E uses the “proven” Allison transmission but the switch from a 6-speed to a 7-speed has “assisted in delivering greater efficiency and performance”.

According to the company, comparative testing between the B40E and the B40E has shown that the new model delivers up to 10 per cent lower cost per tonne.

The truck features Hill Hold, a new safety feature that prevents the truck from rolling backwards by automatically applying breaks when the operator takes his foot off the accelerator while driving up an incline. Also included is the Inter-axle Differential Lock (IDL), which automatically engages when traction is lost. However, the Automatic Traction Control has been upgraded to automatically act on each individual axle.

“These standard features enhance the model’s specification considerably and we’re delighted to be presenting this high-performing, technologically evolved B40E ADT to the market,” Richard said.

The B40E cab is the same as that found in the B30E, which was introduced three years ago. It features a full colour screen and automotive mouse interface, along with a reversing camera, as standard. The truck also features raised headlights and a rolled steel bumper.

Richard said, “We’ve applied considerable ‘future thinking’ to this B40E, improving not only the exterior and physical function of the machine, but also its diagnostic capabilities, with the integrated safety systems and features delivering enhanced functionality.”

He added, “The B40E presents the market with an exceptional truck, with technical statistics to match. It is already developing a strong UK following and is proving to both the plant and quarry markets that it is an ADT that has innovatively evolved, ready for the next generation.”