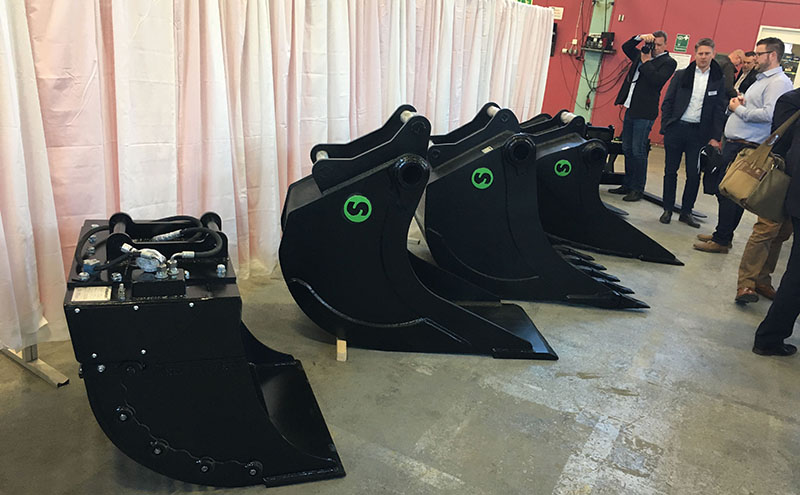 OVER 30 press delegates from across Scandinavia, Holland, Belgium and the UK were on hand to see Steelwrist unveil its latest technological developments and expanded product portfolio at a special event at the manufacturer’s headquarters near Stockholm.

After an introduction from CEO Stefan Stockhaus, it was announced that Steelwrist had agreed a “strategic cooperation” with Danish manufacturer Tiltman ApS, which specialises in small tilt units for mini excavators. The units are to be offered under the Steelwrist name in all markets where the company is active.

Steelwrist is also expanding its portfolio of tiltrotators with the introduction of the new X14 model, suitable for 10 to 14 tonne excavators and backhoe loaders, which the company said was to cater to the growing import sector.

A further announcement was the introduction of new high flow hydraulics for Steelwrist’s tiltrotator range. Speaking after the event, Pat Bulcock of Steelwist UK told Project Plant, “Historically, tiltrotators have a restriction of flow through the swivel of the tiltrotator. We’ve always had extra functions running through the unit so you can open and close a grab without tangling hoses up but that’s always been limited to 40 to 50 litres. It doesn’t matter what brand of tiltrotator, it’s always the same.”

He continued, “But with this, they’re saying that we can get 120 to 140 litres through the swivel so that then opens up other attachments, like flail heads. Anything with a high volume of oil requirement; so mowers and mulchers, rock grinders, all sorts of things that need a high flow that have never been able to be run through a tiltrotator before.”

A range of S30 couplers, designed for mini excavators, was also announced, along with a redesigned bucket range. New powered work tools were also unveiled at the Swedish event, including new hydraulic compactors and two new ranges of grapples. The multi-grapple is for general construction and logging use and is available in four sizes; the MG20 is for excavators from 3 to 6-tonnes while the MG55 is for excavators between 18 and 26-tonnes. The stone and sorting grapple is designed for heavy-duty work including handling materials such as stone and medium duty demolition works. It is also available in four sizes for excavators ranging between 6 and 32-tonnes.

There was very much a focus on pushing technology forward with Steelwrist co-founder and chief technology officer Markus Nilsson’s presentation on the topic of telematics for work tools, in which he highlighted the benefits of work tools becoming “connected” and “smart”, such as tool recognition, equipment monitoring, task management and utilising rules and alerts.

Markus announced that Steelwrist’s sister company, tiltrotator control system manufacturer SVAB, is to launch Quantum Tool Recognition, a new work tool management system. The system consists of battery-powered units that attach to a work tool, which then communicates with a module inside the excavator’s cab. This allows the user to keep track of the location of the work tool and optimise settings for the attached tool. The units are expected to be priced at around €50 each.

Fredrik Eriksson, CEO of SVAB, announced that the company was launching its new Quantum platform, which the aforementioned work tool management system is a part of. This new control system platform aims to offer “new efficiency enhancing functionality for excavators” through a combination of tiltrotator control, communication, joysticks, sensors and actuators.

The Quantum platform is to be supported by an iOS and Android compatible smartphone app that will give the user an overview of the installed functions and attached work tools and allow the user to view system notifications, view the layout and configuration of joysticks, change user settings and profiles and initiate remote support. The app also offers excavator tracking.

The presentation concluded with an announcement from Stefan Stockhaus that Steelwrist is to launch a full automatic coupling system in a bid to build a “global standard” for automatic connection couplers. To do this, Steelwrist has developed the fully OilQuick compatible OQ Auto Connection.

What followed was a live demonstration of the new OQ60-5 automatic coupler in action, attached to a Volvo EW160E wheeled excavator. Using the new automatic coupler, the operator was able to switch between numerous attachments including the X20 tiltrotator, a hydraulic breaker, a pallet fork and several buckets, without once having to exit the cab. This demo proved to be a highlight of the event, with the press eager to get a first-hand account of what the new coupler could do.

Speaking afterwards, Stefan Stockhaus commented on what he wanted those in attendance to take away from the event. “We are broadening our product portfolio to become a complete product portfolio, work tools are becoming really smart and I think we’re a step ahead and we’re trying to create the global standard for auto connections – those are the three things I think are the main takeaways.”

Stefan went on to say that Steelwrist is “growing like crazy” in the UK. He added, “I think that basically in the UK, you use universal couplers, but we see that there is a trend that is changing there as well and I think full automatic, intelligent work tools (are) absolutely coming there as well.”

Pat said that the acquisition was “definitely the right thing for the market and the customer base”.

“Customers have put it in quite a good way really because they’ve come back and basically said, ‘That’s fantastic Pat, now it means we’re talking to the factory and not just a dealer’.”

Speaking on the reaction from the UK market to the new product launches, Pat said, “The control system, the tool recognition – they are all things that would blow the average UK guy’s mind but they’re also things that will benefit them hugely.”

Pat also emphasised the importance of the new OQ Auto Connection, which he said will open the company up into “lots more different markets”. 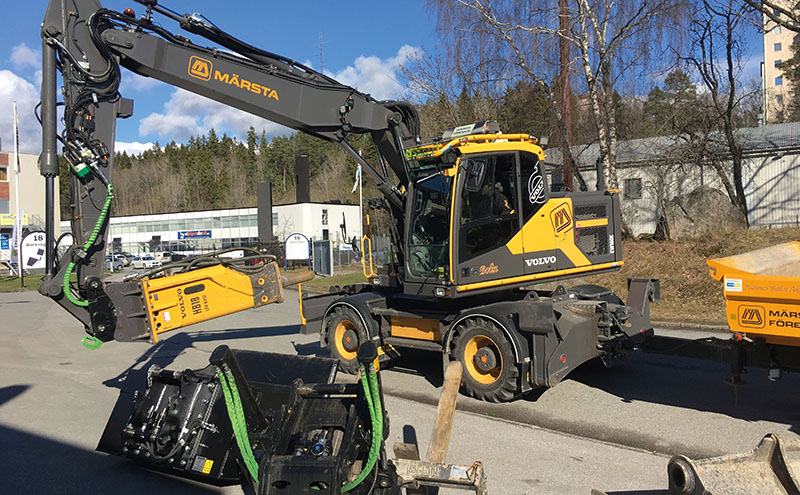