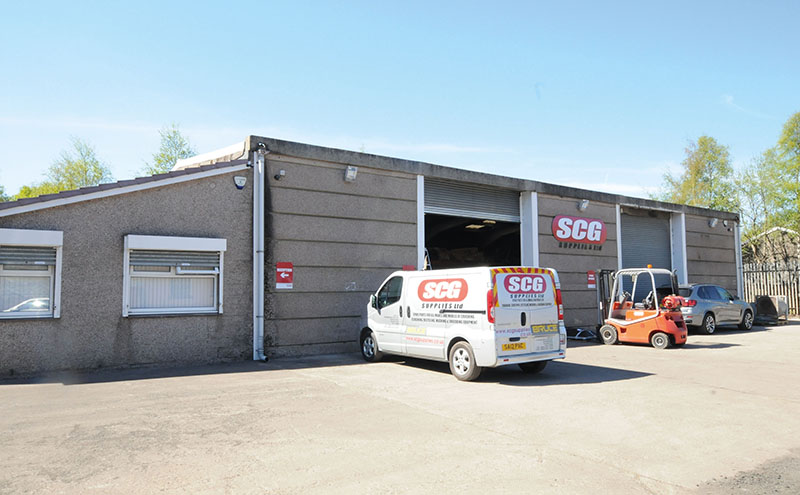 SCG Supplies has purchased new premises that have trebled the firm’s warehousing capacity, as part of ambitious expansion plans.

The company’s new Airdrie base also features extensive yard space and modern offices and represents an enormous investment for a business that started life ten years ago as a supplier of spare and wear parts for a range of sectors.

SCG has branched out in recent times by becoming a machinery distributor for the likes of Bruce Engineering and Portafill products. Because of that, and with more dealerships in the pipeline, the firm had simply outgrown its previous HQ at a Hamilton industrial park.

Stephen Grieve, founder and managing director of SCG, told Project Plant, “In terms of warehouse capacity, we’ve tripled in size. In terms of yardage space, we’ve increased tenfold. We never really had a yard before; it was just internal storage. There was not enough room for new machinery, trade-in machinery and external spare parts if need be.

“We’ve got plenty of space now for development as well; that was one of the main reasons why we got this place.

“We’d been looking for somewhere for a long time – probably about a year-and-a-half. Because we wanted to buy, it was quite difficult. In the end, we stumbled across this place.

“It’s an outright buy, which is a massive investment for a small business. We’re going into our tenth year and thought it was time to take the plunge. The footprint of the yard is just under an acre; it shows we’re moving in the right direction.

“The offices are a lot nicer, too. It’s quite good for us to look out some windows instead of being in a steel box! We’d been in our previous place for eight years but totally outgrew it. When it came to our large export orders, collating them and getting everything ready for shipment was becoming a lot harder. We had to really squeeze things in. In the last weeks before moving we had a big export order to Africa, which involved about 20 pallets. Space was taken up from the back wall to millimetres away from the external door. 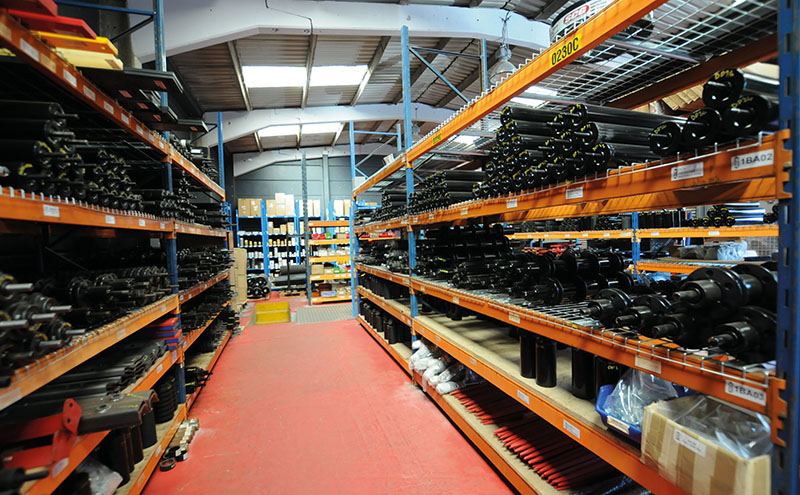 “With the new dealerships we’ve taken on, we also needed yard space.

“We’re only ten minutes from where we were before. With the new road network coming into play, it’s well connected.”

Stephen described the potential impact of the move as “massive” and he’s looking to take on additional staff over the next 6-12 months to support growth plans, as well as looking to add more dealerships to the firm’s portfolio.

“Business has been really good; machinery sales are going really well,” he added. “We hope we’ll make a good impact within the Scottish and north east markets. Machinery was always something we’d looked to get into; it was just about finding the right manufacturer. 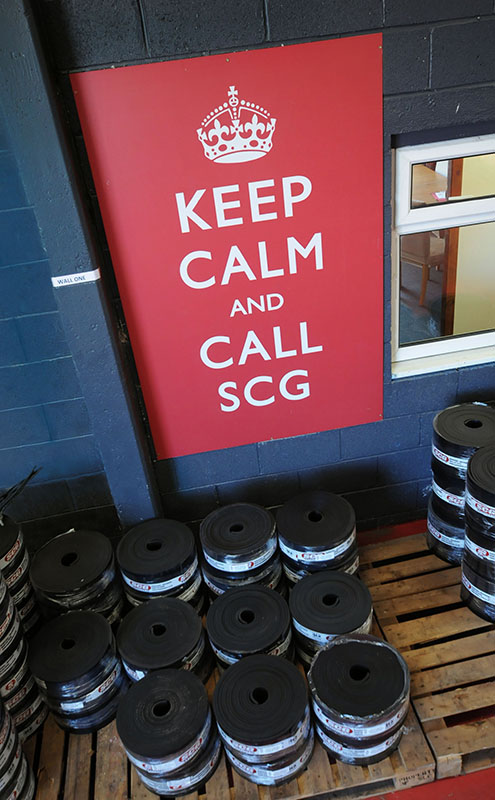 “We started off with a great relationship with Bruce Engineering and we now have a fantastic relationship with Portafill too. We’re currently looking at another couple of manufacturers as well we feel we can have similar success with.

“Portafill are the leaders in compact screening and crushing machinery. We’re now looking at the possibility of bigger crushing and screening equipment.”

Stephen said the feedback from both staff and customers to the new premises has been hugely positive. “Everyone’s really impressed,” he added. “Anyone who saw our older place will know it’s a massive step up. We have eight people working here and I’m looking to get a few more bodies in. We will be actively looking for an engineer very soon.”

SCG has also signalled its intentions by requesting a larger plot at next year’s ScotPlant show. “We’re already planning that,” Stephen said. “There will definitely be machinery on the SCG stand as opposed to just spare parts.”