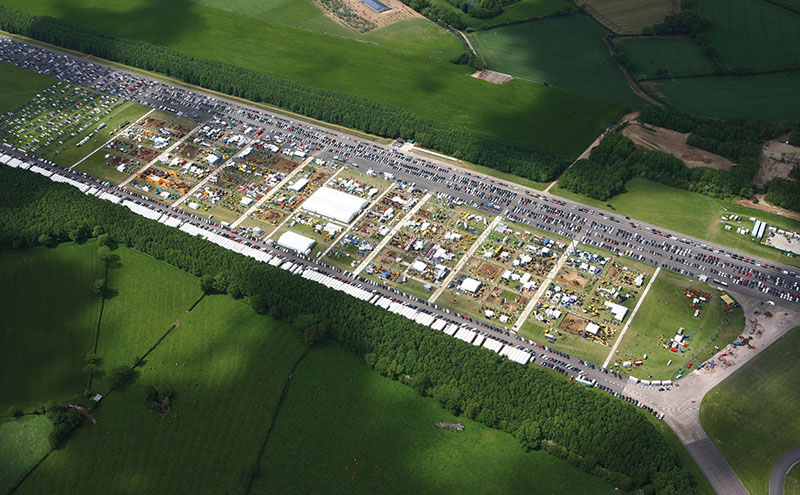 The latest edition of the biennial event takes place in June at Bruntingthorpe Proving Ground, Leicestershire. This year’s show features 20% extra space and well over 100 new exhibitors compared with 2015.

As ever, the three-day exhibition will provide a platform for some of the world’s largest manufacturers to showcase their latest machines and innovations.

There will also be a focus on the next generation of plant workers, with the final day of the show hosting an event where local schoolchildren will present engineering-related projects they’ve been working on.

Plantworx, which is a CEA event, will feature live demonstrations and give operators the opportunity to get up close and personal with the latest machines. Evidence that the show has firmly established itself as an important part of the events calendar is found in the fact exhibitor numbers are up this year and significantly more space will be utilised.

Rob explained, “We’ve been able to expand the event; overall it’s going to be about 20% bigger in terms of the space occupied. We think we’ll be nosing up to about 400 exhibitors come opening day, so we’re very pleased with that response. We had 344 last time so we’ll be well up on the number of exhibitors.

“We’ve attracted about 138 new ones, including a lot of smaller companies that have now come in. More trailer manufacturers will be exhibiting and we’ve got companies like Atlas Copco who exhibited with us the first year but didn’t come back last time, but have now come back into the event so we’re very pleased with that. We’ve also got an area set aside for the suppliers of smaller construction-related tools. We’ve been working with Hire Association Europe on that – they’ve been very supportive of the event.” 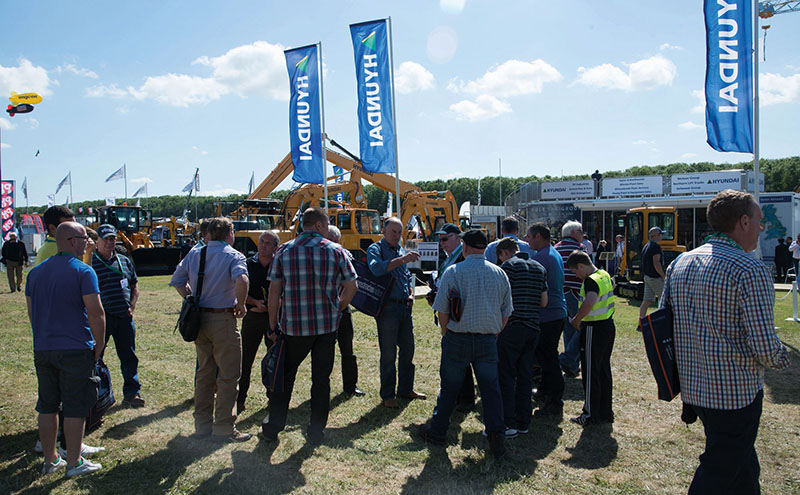 New features this year include ‘The Hub’, located in a central area which will be used to highlight innovation and provide a showcase for the winners of the Plantworx Awards.

That will be twinned with a project on the final day featuring local schools in the Leicestershire area. Organisers of Plantworx have teamed up with an organisation called Primary Engineer, who encourage schools to work on engineering-related projects.

“We’ve been sponsoring just over 20 schools, who on Day Three will come and present the different projects they’ve been working on and have a little competition going,” Rob added. “We’re quite excited by that. This will be a coordinated promotion because, with my Construction Equipment Association hat on, there is a realisation that we have to keep doing more and more to interest tomorrow’s workforce in working in our sector, so we’re trying to get them early in the process.”

Part of encouraging the next generation is educating youngsters on the opportunities available.

“Things are changing now,” Rob explained. “Years ago people working either on or with construction equipment just needed a standard toolbox. But now, they bring their toolbox and a computer plus software plug-ins. We saw at the Plantworx Awards there are so many more things coming onto the market now for plant management and different IT systems and software systems used in conjunction with plant. There are some really interesting things happening that could inspire the next generation of workers. It’s really good to think that, because maybe in past years things haven’t moved on so quickly.

“We’ve had a skills advisory panel working for two or three years now. The message I was getting back from my members was that there were skills gaps in a lot of areas. I’m not just talking about the engineering-related things but right through the business there was difficulty recruiting the right people.”

Rob said market surveys have shown that what drives attendance at these kinds of events is the chance to see new things and new techniques. 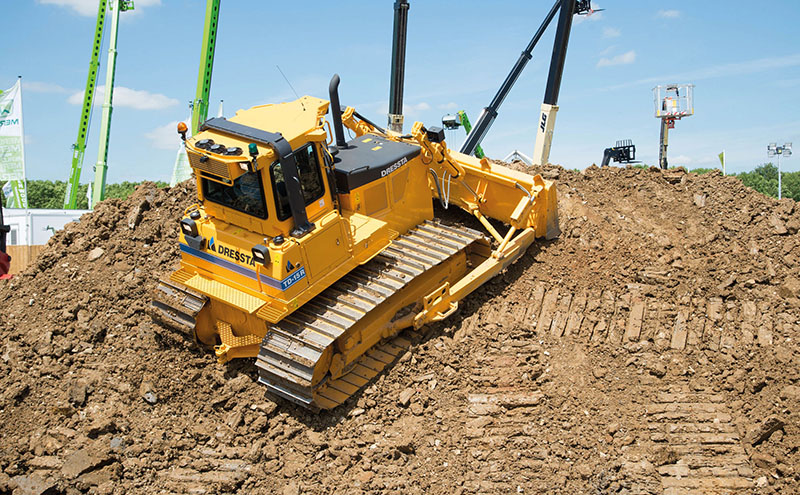 One of the new products set to feature this year is MicroCESAR, a plant identification scheme which recently earned Datatag the Plantworx Security Innovation Award. The system was designed in response to the growing problem of small tools being stolen. MicroCESAR works by providing each piece of small equipment with a unique ‘fingerprint’ that thieves will reportedly find “virtually impossible to remove”. Like CESAR – the security and registration scheme for large equipment – the product can act as a deterrent against theft and also help track down stolen items.

Rob explained that Plantworx was initially put on as a response to what CEA members wanted.

“There’s an opportunity to bring the whole of the plant industry together and, from the feedback that I get from talking to different companies, I think they really value first of all the fact there is a high level of plant demonstration at the show so people can actually see the kit in action and I think it brings other parts of the industry together.

“(The live demonstrations) really give the operators the chance to have a go. Although head office makes buying decisions, it’s really important that people at the sharp end have machines and facilities that suit them. It’s a great opportunity for new people in the industry to see how things work and also experienced operators to try out different machines at the event and then feedback their analysis, not only to their bosses but also the suppliers by saying ‘yes, we like this’ or ‘we don’t like that aspect of a machine’. It brings everyone together to really talk the detail of it rather than just the finances.”

This year’s event will be the third Plantworx show and the second to take place at Bruntingthorpe Proving Ground. The first one was held at Stoneleigh Park in Warwickshire in 2013. “What we found after that first event – and we were on a bit of a learning curve at that point – was that we needed to expand somewhere,” Rob continued. “Bruntingthorpe was known to a number of our members because they have testing facilities there that some of our members already used. The great thing about Bruntingthorpe is that because it’s a former World War 2 airbase, it has that fantastic facility in between the runways where we have pretty much free reign to demonstrate the machines.” 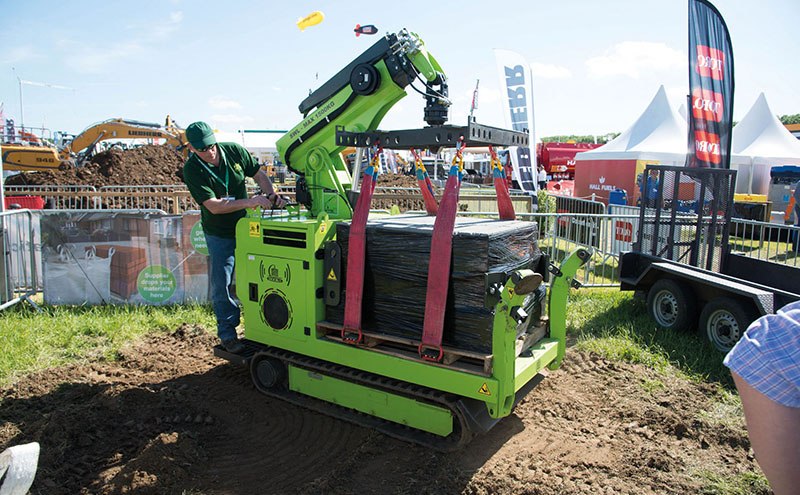 Despite some of the political uncertainty gripping the UK at the moment, Rob said the show is taking place at a time when many CEA members are reporting good business. “From talking to our members, we’ve been quite encouraged by the amount of activity this year so far,” he said. “Talking to a number of companies, they’ve been very happy with sales levels. I think because we sell so much of our kit into the plant hire market – we’re talking probably 70% upwards going into plant hire of the larger machines – we’re always very conscious that the market can switch on and off. Once the major plant hire companies have brought their inventory up to where they want it to be, then sales are a little more uncertain. What I’m detecting really is that although the market is fairly strong at the moment, no one is really prepared to make predictions too far ahead; we’ve been caught out on this before. I think the jury is still out on what might happen in the second half of the year but, generally, the first half has been pretty good.”

One subject which is sure to be on the lips of many visitors and exhibitors this year is Brexit. Rob said, “Although that doesn’t directly affect the home market, obviously it’s affecting the supplier base so those companies that import equipment. We’ve got the exchange rate changes from last year, as a result of the Brexit poll. But I’m also keen to ensure that as we come out of Europe, that we know exactly what the regulatory regime is going to be on Day One when we’ve moved out of the EU because the thing from the manufacturers’ point of view is that they (need to) know and (be) very clear what spec they need to build machines to in terms of regulations. So we’re working with government on that, to make sure there’s a smooth transition.”