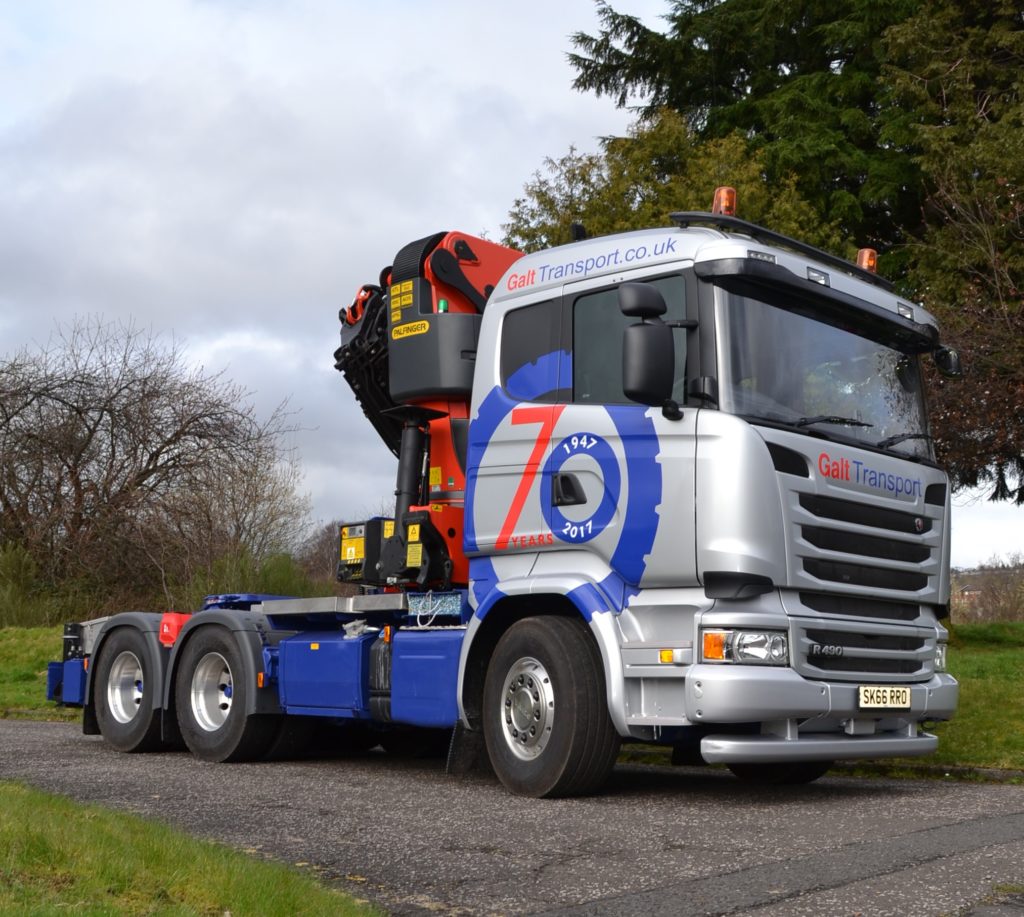 GALT Transport has marked 70 years in business with the unveiling of a specially designed truck.

The Dumbarton haulier confirmed the vinyl-wrapped Scania R490 features a “large scale” design of the firm’s 70th anniversary emblem. The truck is one of four new lorry mounted cranes added to Galt’s fleet this year and is a long way from the firm’s early days, when a horse and cart was used for local deliveries!

Although the vehicles used have changed considerably, the business is still owned and operated by the same family. Galt’s fleet today contains 60 vehicles and over 100 trailers.

The anniversary truck joins a restored 1937 Albion CL125 in the company’s original green livery.  The firm is encouraging anyone who spots the truck to share their photos on the company’s social media pages.