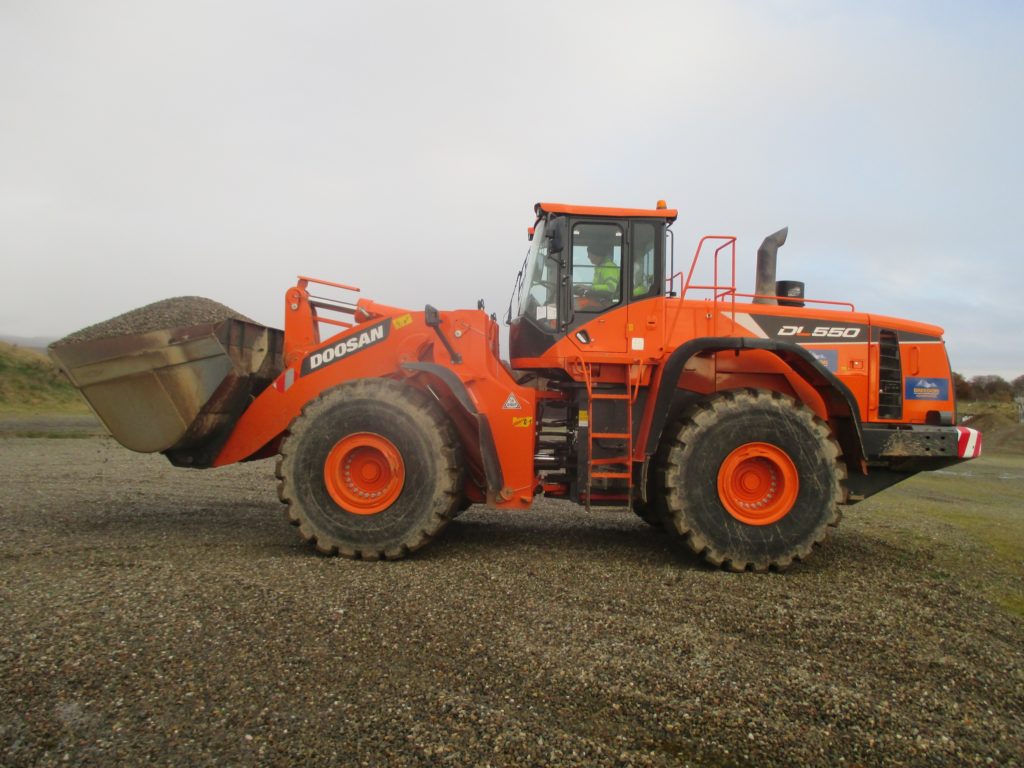 The DL550-5 and DL450-5 have been put to work at Edzell Quarry near Brechin and Tom’s Forest Quarry in Kintore, respectively, having been supplied by local dealer Balgownie.

Bob Hare, regional production manager Breedon Northern said, “Both of these quarries are very busy operations, placing big demands on the equipment we purchase for material handling applications. Both of the new Doosan wheel loaders are used to load and stockpile the large quantities of materials produced by the quarries’ crushing and screening equipment. They are also kept busy filling the material bins used to supply the ready-mixed concrete systems at the quarries.”

Doosan said that in both machines, the engine Auto Idle system reduces fuel costs by lowering the idle level from 950 to 750 rpm when the operator “does not give any input to the steering wheel, arm and bucket for more than 10 seconds”. The manufacturer described this as being ideal for applications where there is a lot of waiting time, such as truck loading. In all DL-5 loaders, the Engine Auto Shut Off shuts down the machine once it has been idle for a specified amount of time.

The cab features a new steering column design, which is claimed to give more clearance for the operator’s legs and knees. The steering wheel can be tilted and moved telescopically to match the operator’s preferred position.

Liebherr loader proves to be good with wood at processing site