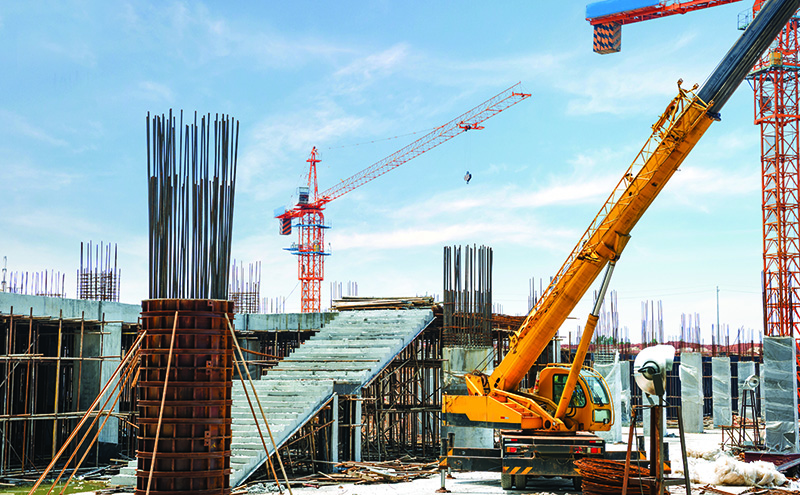 SCOTTISH builders have called for “greater certainty” as new figures reveal confidence in the sector has remained steady at PLUS 2 for a third consecutive quarter.

The findings were revealed in the latest quarterly Scottish Construction Monitor, a member survey carried out by the Scottish Building Federation.

Employers were asked to rate how confident they feel about the prospects for their business over the next 12 months compared to the past year. The new survey results rate overall confidence within the industry as “marginally positive” for the third quarter in a row after slumping to MINUS 19 last June in the immediate aftermath of the UK’s decision to leave the European Union.

The latest survey also asked employers a series of questions around employment. 43% of respondents reported seeing an increase in the number of people they employ over the past 12 months compared to 20% who reported a decline. The remaining 37% have seen no change.

41% expect the size of their workforce to increase over the next 12 months, 14% expect they will have to reduce numbers and 43% expect employment within their businesses to remain stable.

19% of respondents expect overall industry employment in Scotland to continue to decline slowly over the next five years while 17% expect it to rise to around 200,000. One third of employers expect total Scottish construction jobs to remain stable while the remaining 30% are unsure.

Employers were also asked to rate the impact of potential future scenarios. Brexit is rated as the most likely scenario to happen, rated as ‘very likely’ or ‘somewhat likely’ by 82% of respondents. But 40% of respondents don’t know what the impact of this will be on their business – and 42% are unsure what impact leaving the EU will have on the wider industry. 33% predict that Brexit will have a negative impact on the Scottish construction sector compared to 16% who think it will have no impact and 9% who think the impact will be positive.

Vaughan Hart, Scottish Building Federation managing director said, “Looking at this latest set of results, there is a real sense that the industry remains stuck in a state of limbo just now. The recent economic signs have been positive with strong output and rising employment within the Scottish construction sector. At the same time, ongoing uncertainty on the political and constitutional fronts is making industry employers feel quite nervous about the future outlook.

“In terms of future trends, most building employers judge that prioritising additional public investment, particularly towards housing, would bring the greatest benefit to the industry and to their businesses. Conversely, a general fragmentation within the industry and a growing trend towards self-employment poses the greatest threat to future industry prospects. Moves away from direct employment towards project management companies that outsource their labour is also viewed as a negative development that will hamper sustainable industry growth in the future.

“Our general message to Government and to politicians across all parties continues to be that the more certainty and stability they can provide, the more confident construction industry employers will feel – and the stronger position they will be in to boost employment and to generate output that benefits the economy as a whole.”