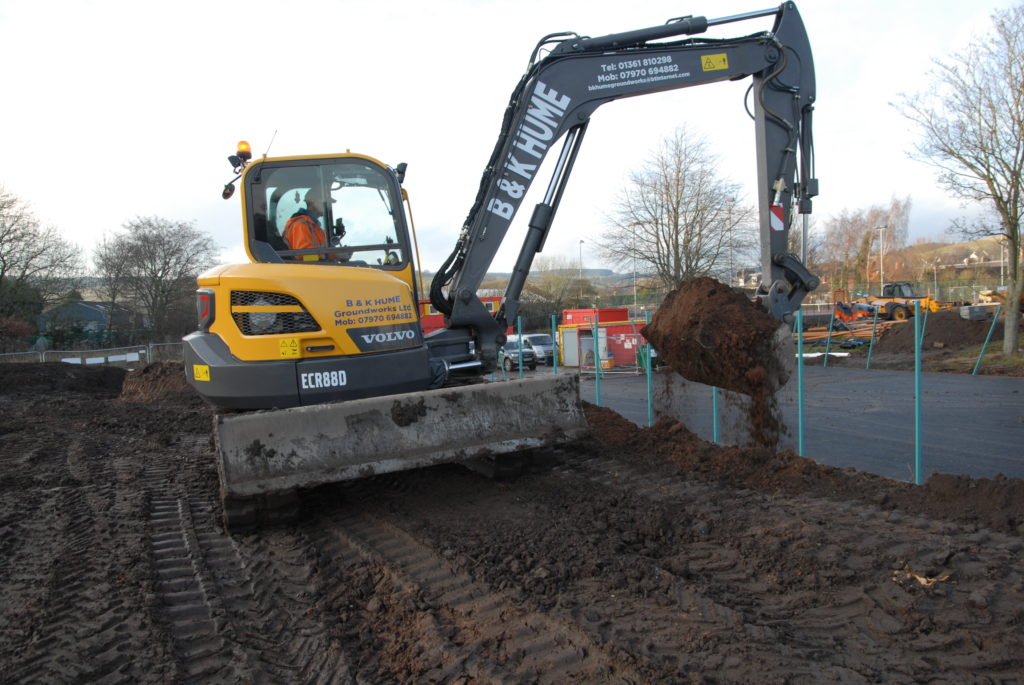 A groundworks specialist based in the Scottish Borders has bought a new Volvo ECR88D excavator after being reluctant to return the machine following a successful demonstration.

Kenny Hume, co-director of the firm, explained they previously had a two-and-a-half tonne EC25 which operated for 6000 “trouble free hours”. “This prompted us to change it for another which is performing equally well but we were a little unsure about going for the larger machine from Volvo over the model we were running,” he admitted.

“Tommy Lynch at Rockbreakers organised to put the ECR88D on demonstration for us and we were that impressed with the digging performance and all round stability that the machine wasn’t returned!”

The ECR88D features a Tier IV interim 2.6 litre engine developing 56 nett horsepower. Volvo said the machine offers a “generous” horizontal reach of 7.3 metres and a lift capacity of 960kg at full reach across the carriage.

Kenny added, “It certainly does everything we ask of it and so far we’re delighted with every aspect of the larger machine from Volvo. Not only that, we’ve developed a good relationship with Rockbreakers who seem to go the extra mile to help us on parts supply and technical advice.”