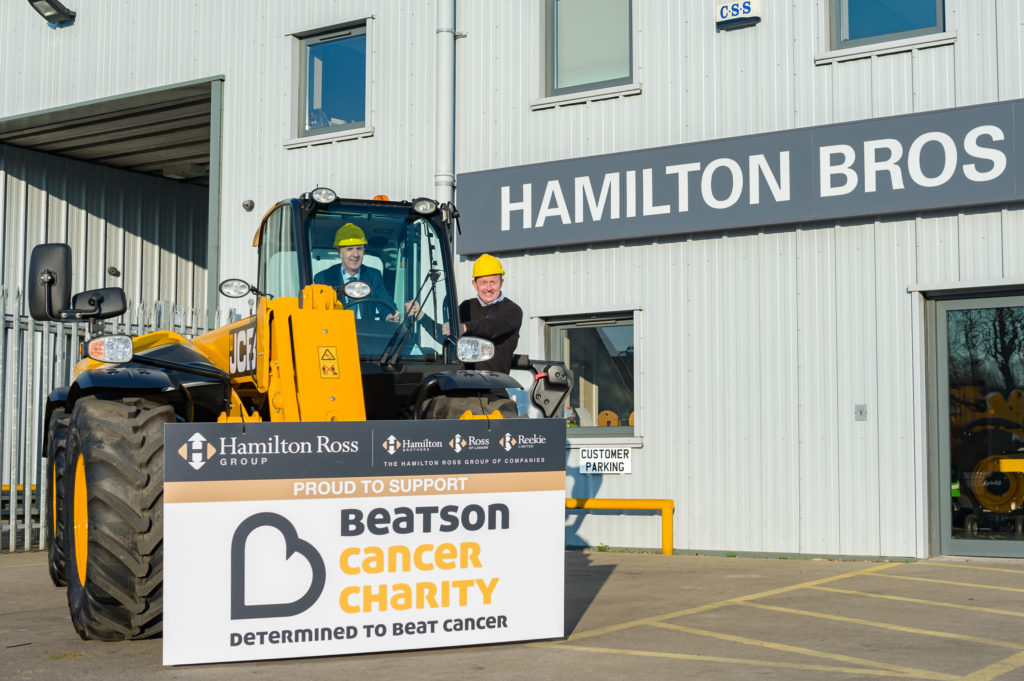 THE Hamilton Ross Group of machinery dealers has teamed up with Beatson Cancer Charity in a bid to raise thousands of pounds for the charity.

The group, consisting of Hamilton Brothers, Reekie Ltd and Ross of Lanark, is hosting a number of fundraising events throughout 2017 at their various Scottish depots. The Group will also donate £1 from the sale of every petrol machine by power tool manufacturer, Stihl, and will give all money raised by the 5p carrier bag charge to the charity.

Hamilton Ross staff will get in on the act too, taking part in various challenges including fun runs and a bake off.

“There can be very few families whose lives haven’t been touched by cancer in some way either directly or indirectly,” explained Eric Gardiner, managing director of The Hamilton Ross Group. “As a local business we’re delighted to work with Beatson Cancer Charity, whose wonderful fundraising has helped thousands of West of Scotland cancer patients and their families deal with the disease with dignity.”

David Welch, Beatson Cancer Charity chief executive added, “On behalf of Beatson Cancer Charity, I’d like to express our sincere thanks to everyone at The Hamilton Ross Group for their support. Alarmingly, more than one in three people are affected by cancer in the West of Scotland – one of the highest cancer rates in Europe. All money raised by businesses like The Hamilton Ross Group goes a very long way in the fight against cancer, now and in the future and for that we are truly thankful.”