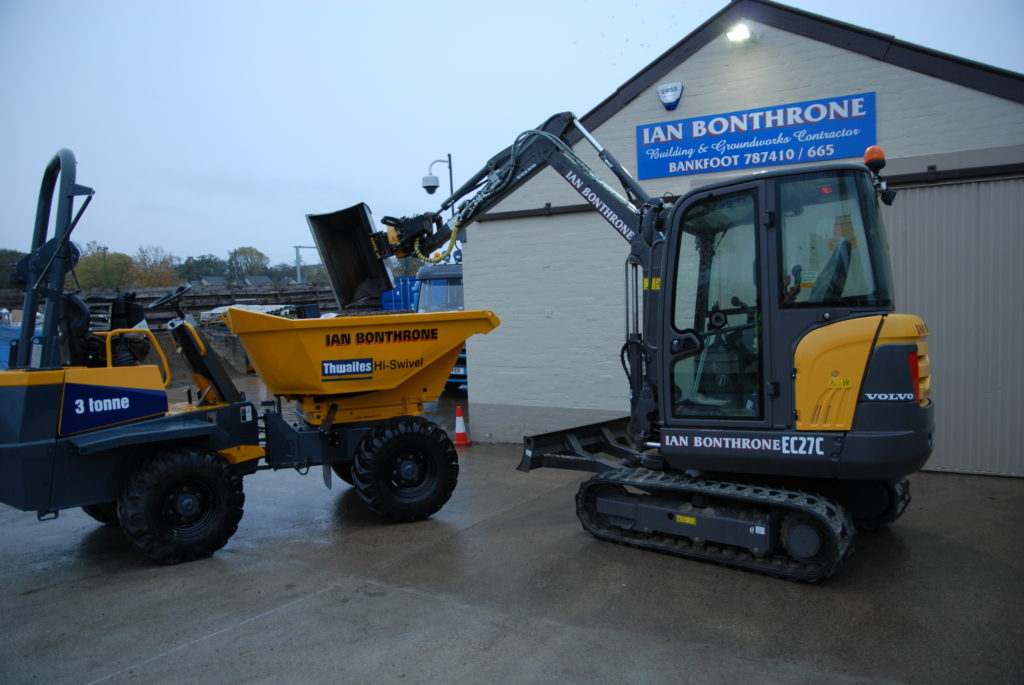 The firm, based in Bankfoot, Perthshire, bought the 2.5 tonne EC27C from CSM Sales after a demonstration and competitive evaluation. The machine is a replacement a similar sized model and joins a mixed fleet of equipment which includes a twelve tonne excavator, three and six tonne site dumpers and a backhoe loader.

Proprietor Ian Bonthrone explained, “Straight away we were extremely impressed with the Volvo EC27C. Everything was just right – from the smoothness of the controls, the machine’s stability and the quality of build. We felt there was no real comparison and so had no second thoughts about placing the order.”

Ian has added an Engcon tiltrotator to the machine for added flexibility. “We were already acquainted with the benefits of having a tiltrotator with one fitted to our twelve tonne excavator, so we decided to enhance the flexibility of the smaller machine as well,” he explained. “Already it’s paying dividends for us, particularly when working in confined spaces on small sites.”

“All hydraulic functions are performed in total independence for more control and less delay when handling multiple tasks,” Volvo added. “An automatic two-speed travel system engages when operating in high speed mode, automatically shifting gear from high to low according to the travel load. Another feature for increased efficiency is the standard auto-idling system that lowers engine speed to idle if a control is not used for five seconds. The engine reverts to the pre-selected speed almost instantly when any control is moved. This system delivers lower fuel consumption, longer engine life and less environmental noise.”