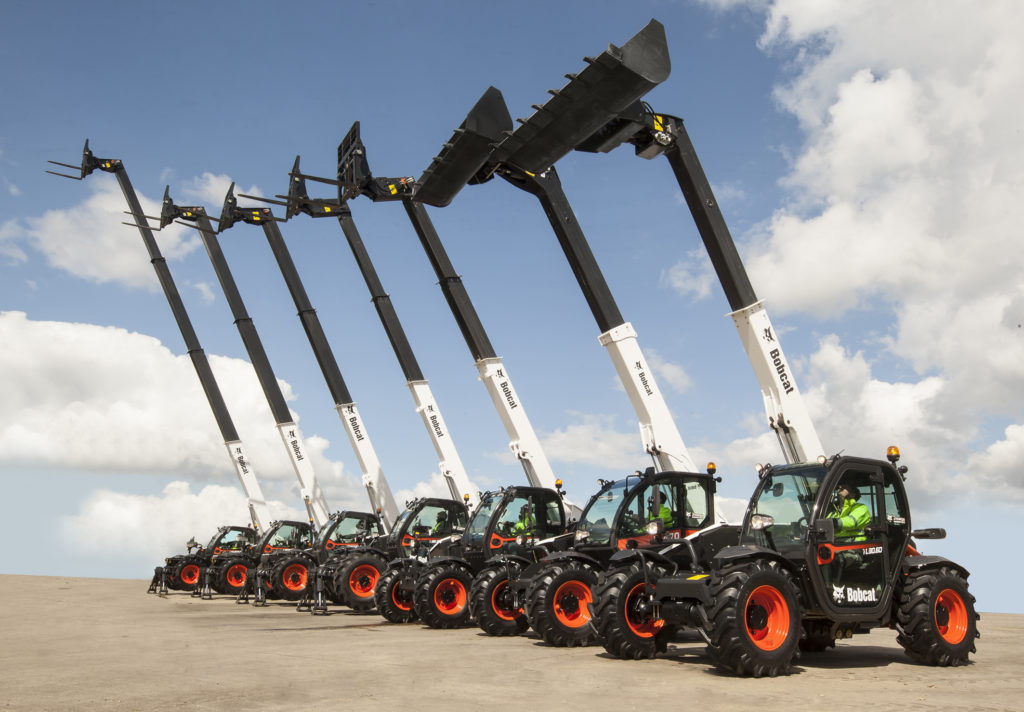 BOBCAT has unveiled a new range of rigid frame telehandlers for the construction and rental sectors with maximum lifting capacities between 2.6 and 4.1 tonnes and lifting heights from six to 18 metres.

The eleven new models are backed by a three-year warranty as standard and are manufactured at the company’s plant at Pontchâteau in France.

The machines utilise a new naming system that highlights the lift capacity and height performance of each model:

The telehandlers feature a Bobcat D34 Stage IV engine, which the firm said has been developed and manufactured internally specifically for use in the new range for the highly regulated markets in EMEA.

Bobcat added that this has resulted in optimised performance throughout the range.  The compactness of the engine, combined with a new styled low profile engine hood, is said to improve visibility on the engine side.

Bobcat said the new generation telehandlers include features such as an automatic parking brake with an intuitive operation similar to those used in the car industry, providing “greater safety and control”.

Other features include an optional air dual suspension seat, an optional auto fan inversion, a rotating beacon/back-up alarm as standard and cushion retract on the three TL models.