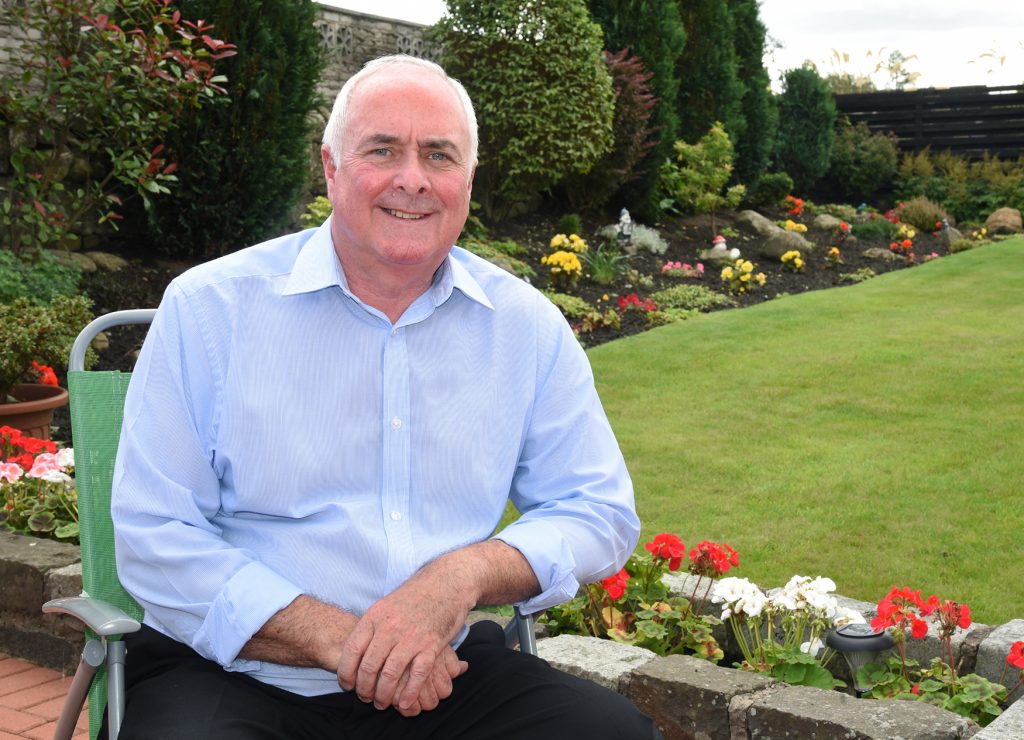 John, who’s also chairman of the Glasgow branch of the Contractors Mechanical Plant Engineers (CMPE), has taught thousands of students over the past 36 years and is better placed than most to analyse the state of the industry. He first became interested in mechanics after being influenced by his father, who was a lorry driver.

John recently told Project Plant about a lifetime in plant, how he can tell when the sector is experiencing a boom period and how he intends to spend retirement.

A) I left school at 15 and started a five-year apprenticeship as an HGV/plant mechanic with Strathclyde Fire Brigade. Working on the fire engines, I did a lot of hydraulic work. That’s how I got into plant.  After serving my time I became a supervisor and continued to work in this field for several years.

As an apprentice I attended college on day release. During this time I won several prizes and apprentice of the year awards and I got to know the college staff very well, so when a lecturer post came up in the college I was asked if I would like to apply.

I got an interview and was offered the job. I accepted and started in the original Springburn College of Engineering on 1st September 1980. I never thought I’d be there 36 years later (the college’s name changed following an amalgamation).

Q) WHEN DID YOU BECOME INVOLVED WITH THE CMPE?

A) I first became involved around 30 years ago when they asked me to nominate an apprentice to receive the CMPE Shield, which was presented back then at the Hamilton Plant Show. I’ve only been a member for around eight years. They approached me at that point to ask if I’d promote the CMPE to students at college.

I thought there’s no point in me trying to promote it if I wasn’t a member myself. So I joined. Next thing I knew I was on the committee, then I was vice-chairman, then chairman. I’ve been chairman of the Glasgow branch for three years now. My chairmanship is up in May next year.

A) The CMPE Glasgow branch was formed around 1960. It’s an organisation made up mainly of plant engineers and people who have worked or been involved in the construction plant engineering industry.

The CMPE is quite unique in that it is about individuals rather than companies. The organisation provides a networking platform for its members with monthly presentations that keep members up to date with what is happening in the industry, new product information, etc. We also have social events that anyone can attend.

Being chairman of the Glasgow branch has been a privilege and one of the highlights of my career. I have met many new friends and I hope to continue as a member for many years to come.

Q) ARE YOU OPTIMISTIC ABOUT THE FUTURE OF THE SCOTTISH PLANT SECTOR?

A) Yes I’m optimistic. I could always tell how the sector was doing and how busy the plant hire companies were by the amount of apprentices they employed. If you had a low number of apprentices coming in to the college, things weren’t good.

When everything went belly-up (during the last recession) and plant was lying in the yards, we had two apprentices starting that year. Last year we had around 100.

Q) WHAT SHOULD WE BE DOING TO ENCOURAGE MORE YOUNGSTERS INTO THE INDUSTRY?

A) CITB and Construction Skills do their best. They have open days and go around schools attending career events. The problem is that youngsters don’t want to do this. They want to leave school, go to university and come out and start a £40,000 a year job. They don’t want to get their hands dirty. As far as operators are concerned, funding is a big issue to get their cards. The costs put a lot of people off. In our college alone, we used to have open days, run by Construction Skills, where kids would come in from local schools and we put exercises on for them like jacking a vehicle up and taking a wheel off or changing oil. I don’t know how successful it was but we did it.

Q) WHAT ARE THE BIGGEST CHANGES YOU’VE SEEN DURING YOUR CAREER?

A) The amount of electronics and on board computer technology and diagnostic equipment fitted to plant and machinery. Now a plant fitter needs to carry a laptop in order to diagnose faults. Machines are lasting longer, they don’t break down as much.

As a lecturer, it was very difficult for us (to keep on top of the changes to machinery). Every manufacturer has its own different set of diagnostics and the bigger ones would run their own courses for apprentices after we’d taught them the general stuff.

Q) ANY FUNNY ANECDOTES FROM YOUR CAREER?

A) I remember some years ago when we started getting apprentices from the Islands coming to the college. They would come down for 2/3 week blocks and stay in accommodation. One day a young lad approached me and said, ‘Mr McGrath, I won’t be able to come to college for the rest of the week as I have got no money left’. I knew that his employer had paid money into his bank earlier so I asked him if he’d spent all his wages already. He replied ‘no, my money is still in the bank’. So I suggested that he could go to the bank and withdraw some money. He replied that he couldn’t because it was only Monday and he could only go to the bank on Thursdays. It appeared that on the Island where he stayed, the bank was a van that visited his village every Thursday so he thought that, even in Glasgow, he could only get money from the bank on a Thursday! Eventually we all had a good laugh about it.

I recently reached the point, after 36 years of teaching, where I was experiencing a third generation of plant mechanics. It was bad enough when some young lads would start at the college and say their dads, who were in my class 20 years earlier, were asking for me. Recently a young lad came in and said both his dad AND granddad were asking for me! I knew then that it was time to go!

A) Up until now I don’t think I ever really got much time to relax. I always had some kind of project on the go. I enjoy my garden, looking after my grandson and watching my favourite football team.

Now that I’m retired I intend to try and hit a golf ball again. I hope to get a few nice holidays. I went to New York in March for St Patrick’s Day, which I’d always wanted to do. We’re planning to go to Australia and New Zealand next year.

Q) BEST ADVICE YOU EVER RECEIVED?

A) The best advice I’ve had, and I always give this advice to others as well, is to always take time to listen to people and not jump to conclusions. There are always two sides to a story and over the years I’ve always found this to be true.

Q) WHAT, IN YOUR VIEW, ARE THE BIGGEST CHALLENGES FACING THE SECTOR?

A) Who knows now what lies ahead with Brexit? It could be an issue, we don’t know. It might be good. Everybody’s talking about it. A lot of machinery that’s made is sent abroad so there’s a lot of trading going on and we don’t know how it’s going to go.

In my view the challenge will be to maintain a competent workforce. To do this we must recruit the right people and provide proper training and support.

Going green in a demanding location