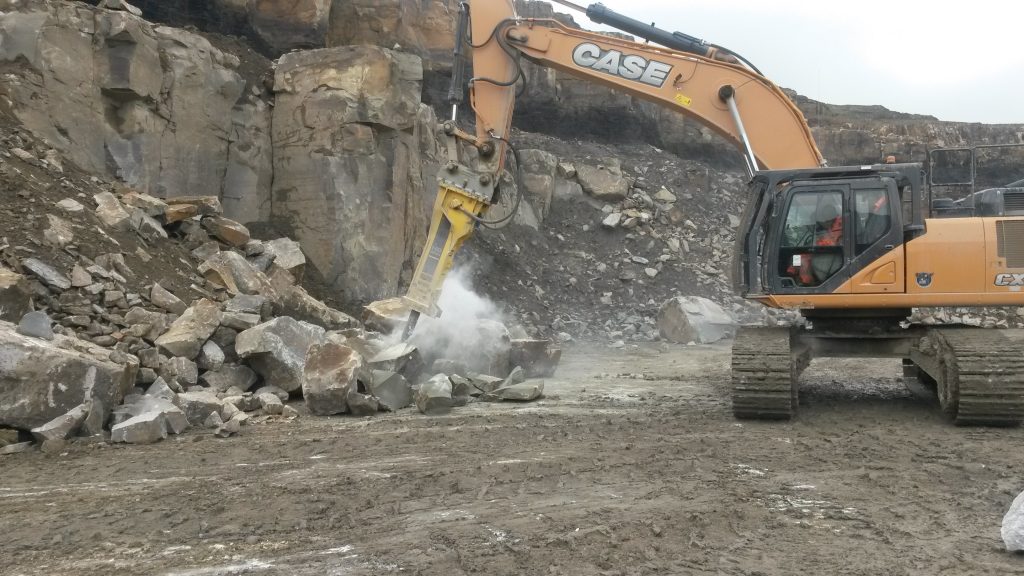 FOUR Atlas Copco heavy and medium breakers have been impressing on a project at  Scout Moor Quarry in Lancashire.

Bury-based M&A Crushing and Screening bought the machines –  the HB 2500, 3100, 4100 and MB 1700  – after reportedly trialling breakers from other manufacturers with less satisfactory results.

Mark Aspin, director at M&A Crushing and Screening explained, “The constant blank firing which occurs in secondary breaking proved too much for other manufacturers’ breakers, causing their retainer bars to break.

“Atlas Copco’s anti blank firing system proved to be the only one that actually works. The hammers are protected, extending the life of both the working tool and bush. We have not had a single damaged retainer to date.”

Atlas Copco said features such as Auto Control assist with secondary breaking applications by automatically adjusting the breaker’s speed and power to match the rock’s hardness.

Mark added, “My operators are also safer, no longer needing to leave their cabs every two hours to manually grease the breakers on the quarry floor, as Atlas Copco’s ContiLube system automatically lubricates them and only uses one cartridge a day.”