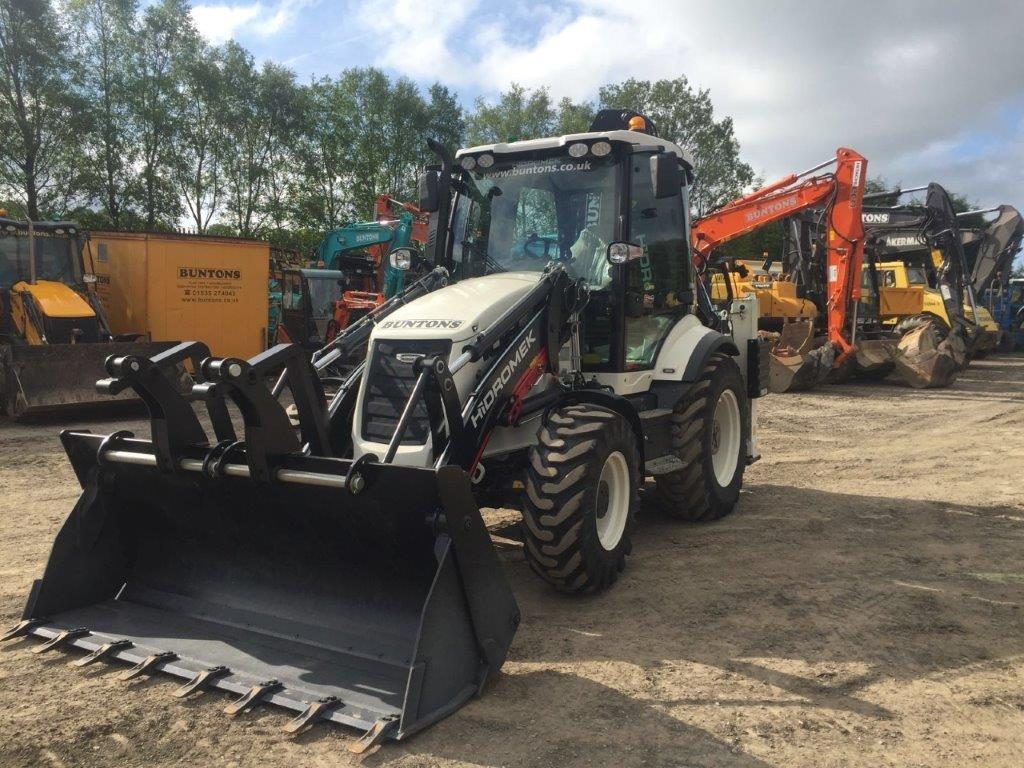 The family-run business, established in 1970, was first introduced to Hidromek at last year’s MaskinExpo in Sweden, where company directors Robert Hall and Andrew Bunton had an opportunity to get hands-on with the machines.

“They’re very well built machines,” Sally Hall, transport and sales manager at R Bunton Ltd, told Project Plant. “They’re made with worldwide known major components; they’ve got Isuzu or Perkins engines, Kawasaki pumps and the backhoes have got ZF axles. They are really well made. We went to the factory to see them and we saw them on the assembly line being put together, it’s high-quality steel and parts they are using to build the machines.”

Sally said that while they were not currently supplying any Hidromek machines in Scotland, it is something they are capable of doing and it is a market they are looking into.

She explained that the Hidromek range is suitable for a wide range of tasks. “It depends what your requirements are,” she said. “They are good utility machines. The bigger machines are very good in quarries, mass excavations and suchlike, but all machines can be specified to meet your needs.

“We’re using them on our fleet at the moment; we do jobs from remediation to quarrying to deep excavation, drainage and bulk earthworks.’”

Sally said that the firm’s groundworkers and hire operators had been working on the machines and were all “very happy” with them and praised “their performance, power, speed and smooth controls”.

She added, “They are also out on hire to our self-drive customers who are pleased with the machines, and are currently looking at purchasing.  A customer recently had on hire a selector grab which they were using on one of the Hidromek excavators; when off-hiring it he commented how they had more control of the attachment when it was on the Hidromek, than when they use it on their own leading brand machine.”