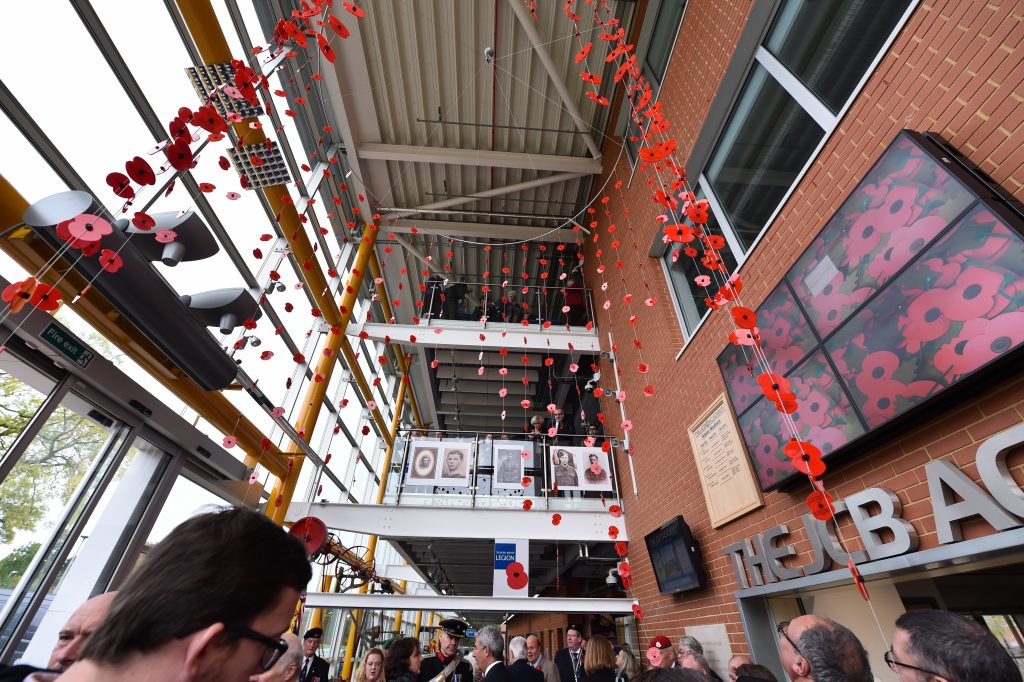 JCB Academy students have paid a poignant tribute to those who died in the two world wars.

The youngsters have been researching the heroic exploits of those who served in the conflicts, with the result that the names of the fallen and some who served and survived being honoured in a display at the school.

The names have been laser cut on to red acrylic-shaped poppies and suspended from 35 wires in the Rocester-based academy’s reception.

JCB Chairman Lord Bamford officially opened the display by hanging the final poppy on the display to honour his grandfather’s cousin, Captain Oswald Bamford, who died in the Battle of Loos.

Lord Bamford said, “The JCB Academy students have created a very moving display. It’s a wonderful tribute to the servicemen who gave their lives for our freedom.”

JCB Academy Principal Jim Wade added, “I’m extremely proud of what our students have achieved with this display. It’s important that our young people remember the sacrifices of the past and this wonderfully engineered piece of artwork ensures their memory lives on in a very vibrant way.”