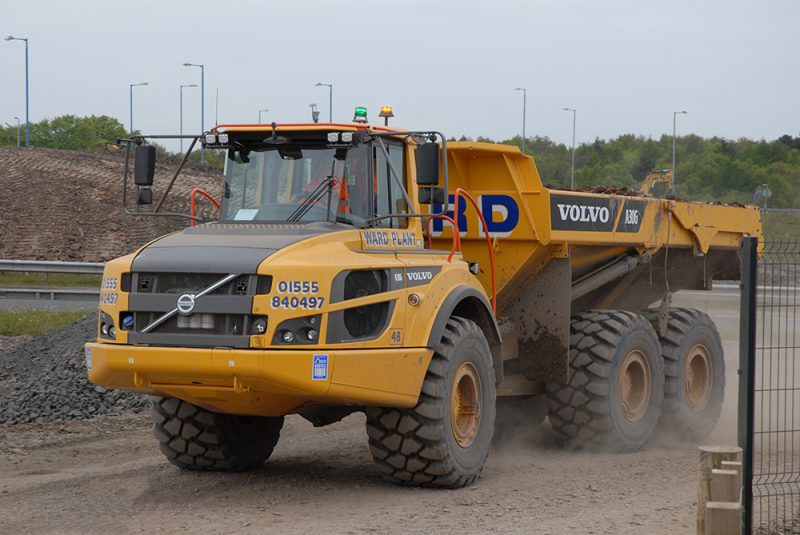 WARD Plant has snapped up a trio of Volvo A30G haulers – with MD Martyn Ward describing the machines as the “best” out there.

The trucks have already been deployed on major projects across Scotland including an earthworks contract on the A9 development near Aviemore and hire work on the M8/M73/M74 motorway upgrade scheme.

Martyn snapped up his first Volvo articulated hauler in 1990 for the business, which is based in Carnwath, South Lanarkshire. The fleet now includes 36 Volvo haulers, most of which are A30s.

“The Volvo ADT is second to none on the market today in my opinion and all the trucks I’ve ever run have proved themselves over and over again in terms of reliability, productivity and fuel savings,” Martyn explained. “And it’s like anything else – if you look after your kit, then it’ll look after you and we’ve got some of our trucks which have achieved over 16000 hours on original engines.

“Whilst we still run A35s and A40s the optimum sized for general hire is the A30 hence the reason for adding three more to the fleet. They really are the best there is out there, but that’s not all. We enjoy an excellent level of service from Volvo when we do get the occasional issues and not least the trucks have an excellent residual value.”

The A30G is powered by an electronically controlled, six-cylinder 264kW turbo charged Volvo V-ACT diesel engine. Purpose built by Volvo, the engine is designed to exactly match the Volvo drive train, which Volvo says ensures the best use of power and torque, even in tough conditions.

Ward Plant was founded in 1973 and has over 80 items of plant and equipment for hire including dump trucks, excavators and loading shovels.