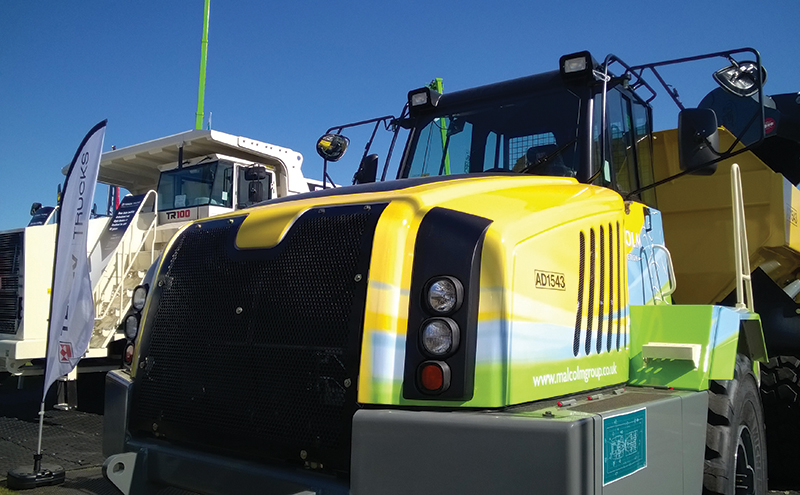 MALCOLM Construction has snapped up a 28-tonne TA300 articulated hauler.

Adding to its existing fleet from Terex Trucks, the group put the machine through its paces at a windfarm project in South Lanarkshire.

The machine also proved its worth on a landfill restoration project on the outskirts of Glasgow.

Lyle Sibbald, regional sales manager at TDL Equipment, said, “Malcolm Construction is a long-term customer of TDL. I think one of the reasons they like Terex Trucks is due to the very reliable, high performing machines.

“Another is because they’re a Scotland-based firm and in close proximity to the Motherwell factory.

“Malcolm was looking at other brands but knew that they wouldn’t get the bespoke service and the great support from any other company due to the great customer-dealer- manufacturer relationship they have with TDL and Terex Trucks.”

Malcolm Construction’s new TA300 was also a centrepiece of ScotPlant 2016, attracting large crowds to the Terex Trucks stand at the Royal Highland Centre in Ingliston.