NINE years ago Stephen Grieve sold his car for £5000 and invested the money in spare parts for the construction industry. The rest, as they say, is history. Initially working out of his garage, Stephen founded SCG Supplies. The Hamilton-based company has since become one of Scotland’s largest independent suppliers of spare and wear parts for a range of sectors including recycling, crushing and screening. SCG is a dealer for Bruce Engineering and recently took on the Portafill, Telestack and Screenpod products too. Stephen told Project Plant’s Gary Moug about the decision to branch out on his own, the ‘advice’ which drives him on and a lifelong love of Motherwell Football Club.

A) When I left school I was training to be a carpet fitter. I got a second interview with Komatsu and they called a couple of days later to offer me a job as an apprentice parts operative. I was out at work so my dad took the phone call and accepted on my behalf. When I arrived home that night, I told my dad I enjoyed what I was doing as a carpet fitter – it was hard graft but we got to go to the pub at lunchtime which I thought was fantastic! But he knew what was the better path and it was definitely the best decision my dad’s ever made for me!

I stayed at Komatsu for four-and-a-half years. I was then approached by Powerscreen to run their after-sales in Scotland. I worked there for six years before I spotted a gap in the market to work for myself. I’d just got married and taken on a big mortgage so it was a bit crazy. But when you do something for somebody else and can see the profit that’s there, you tend to think you can do that yourself. I knew all the suppliers. I knew everyone in the industry. So I took the plunge, sold my car and invested the cash in spare parts.

Q) WHAT’S THE HISTORY OF SCG?

A) The business was founded in 2007. It was formed in my bedroom and garage. My garage was full of the first parts I bought, mainly fast moving stuff like rollers and couplings. I thought I’d be working from home for a year or two but that only lasted a few months as I started to get cabin fever. I managed to get my first unit in a Hamilton business park in November 2007 and took on more stock. It became apparent that I couldn’t do it all myself and needed another pair of hands so Paul Thorne, who I’d worked with before, came on board and we became partners in the company. Then Michael Hendry (UK sales manager) became involved. We went from strength to strength and ran out of space so had to get another bigger unit within the same industrial park. Everything spiralled from there. Today, primarily we’re still a spare parts company. We provide spare parts for crushing and screening plants and for many types of heavy plant machinery.

We’re also dealers for Bruce Engineering. And we’re now going a stage further by selling products from Screenpod, Telestack and Portafill. For years I’ve wanted to sell equipment. We’ve had offers from numerous people but we never thought it was quite right. But these guys fit our bill. They’re like us. Portafill’s a family company. The stuff they produce is second to none. That’s what we look for in anything we do. We never scrimp on quality. 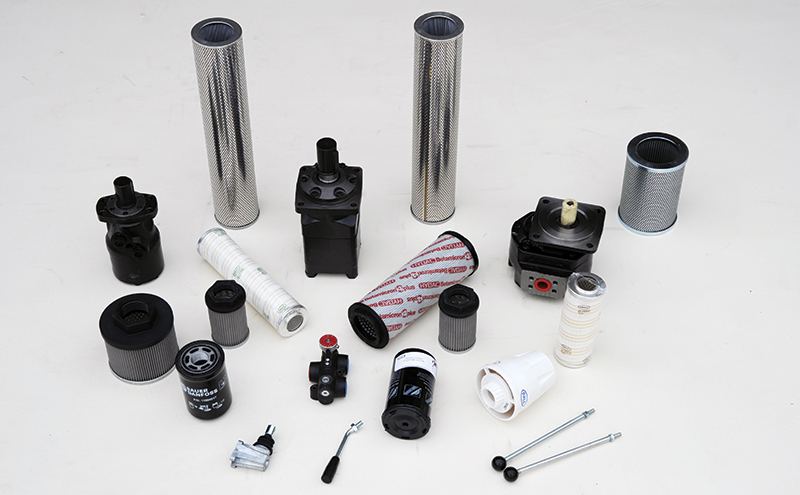 Q) HOW DO YOU STAND OUT AS A BUSINESS?

A) We sweat the small stuff.  We go that little bit extra where maybe a bigger corporation won’t. We provide a personal touch – customers can contact us at 10pm at night and if we can help them, we will. I’ve been on the phone to companies in Australia at midnight.

Q) WHAT HAVE BEEN SCG’S PROUDEST ACHIEVEMENTS?

A) We’re still here. When I started, the sector was going on a downward spiral. Even during the recession, we increased our turnover and profit. The downturn helped us in a way because people were keeping machines for longer and repairing them rather than replacing them.

The first ScotPlant was a proud moment. I had a van and a pasting table. Now we take a huge stand at the show.

Only recently when we were looking to book rooms for ScotPlant and Hillhead, did I take time to consider that we’re now a team of eight. That was a pretty proud moment. 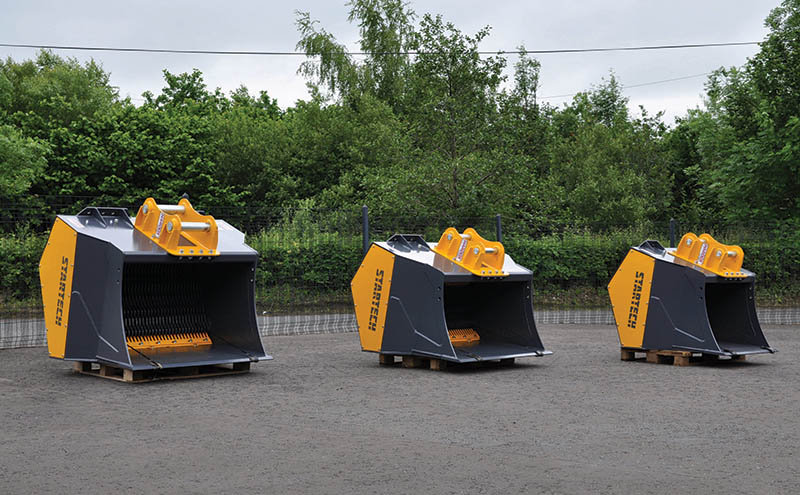 Q) WHAT DOES THE FUTURE HOLD?

A) We’re looking to bring new products to the market (through the deals with Screenpod, Telestack and Portafill). We’ll always be an after-market spare parts company. That will always be our core business but we see these products as being a fairly substantial add-on. It’s a big commitment for us.

We’re looking for bigger premises – between an acre and an acre-and-a-half. We’re well down the line with that and looking to get bigger premises very, very soon. 25-35% of the business will be machinery probably once we’re up and running. Maybe even more, it just depends how successful we will be. We’ll need more staff too. We might need another salesperson, we’ll definitely need service personnel and we’ll need more office staff as well.

A) One of the things that sticks in my mind is that when I first started with Komatsu, I had to get used to all the accents. Being from Hamilton, I was a Central Scotland kind of guy, used to the Glaswegian and Lanarkshire tongue. A couple of weeks into my apprenticeship I got a call from what can only be described as a ‘Hector Brocklebank’ engineer from the north of Scotland who said he was looking for a ‘hydraulic pimp’. I was really struggling to understand what he was saying and repeated ‘hydraulic pimp’ back to him. My supervisor started laughing so I put the customer on hold. My supervisor said he was asking about a hydraulic ‘pump’! That stuck with me for years.

Q) IS THERE ANYTHING YOU’D CHANGE ABOUT THE INDUSTRY?

A) In an ideal world I’d love it if everybody just paid everybody in 30 days. That way, everybody could do what they want to do and service would get better. Cash is King at the end of the day in our game. We have a lot of stock here. If needed to be, we could increase stock and put more on the shelf. Nine times out of ten in this industry if a company goes down it’s not because they’re not busy enough, it’s because people aren’t paying them. If you’re not getting paid, or if you’re getting strung out for 90 or 120 days, you’ve still got to pay your people and your suppliers. We’re lucky that we’ve got a lot of good trading terms with our suppliers.

A) It wasn’t exactly advice but the best motivation I ever received came just before setting up SCG. Someone told me that I wouldn’t last five minutes in the industry and he’d make sure of that. That put fire in my belly to do the best I could. We’re nearly in our tenth year now and we’ve proved a lot of people wrong.

Q) HOW DO YOU RELAX AWAY FROM WORK?

A) Spending time with our two kids – Amber (2), who was born in the midst of the Hillhead show in 2014 and Cooper (5), who’s named after Motherwell legend Davie Cooper. Football’s my main passion. I’m a huge Motherwell fan and we do quite a lot with the club in terms of sponsorship. I also run an under-13s football team with the Motherwell kit man. I go to as many Motherwell and Scotland games as I can. We’re in the SFA Business Club and do a lot of work with them too.

Q) WE’VE SEEN YOU EXHIBITING AT BOTH SCOTPLANT AND HILLHEAD THIS YEAR. HOW IMPORTANT ARE THESE KIND OF TRADE SHOWS?

A) For us they’re massively important. You get to put a face to the name on the phone every day. I can’t get out the office as much as I’d like to. I’m tied to the desk most days. When you get to the shows, you get to show your wears and spares. The two shows we’ve done this year have been fantastic successes for us. We’re also going to be doing the Black Isle Show for the first time, which I’m looking forward to. The north of Scotland market is one we’re really looking to penetrate.

Q) WHAT ARE THE BIGGEST CHANGES YOU’VE SEEN?

Q) WHAT WOULD SURPRISE PEOPLE ABOUT SCG?

A) That we have a team of people who have worked for major dealers. Also, not many people know what SCG stands for. It’s my initials – Stephen Campbell Grieve.