WORLD class machines from around the world have started arriving at Ingliston for ScotPlant 2016.

Conditions for the build-up couldn’t be better, with blue skies and glorious sunshine providing the perfect setting as exhibitors put the finishing touches to their stands.

The largest and most spectacular event in the Scottish construction equipment calendar takes place at the Royal Highland Centre on April 22 & 23. 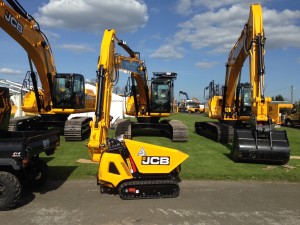 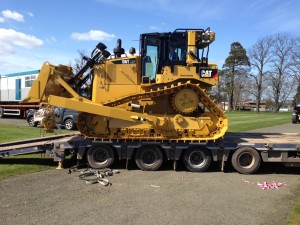 ScotPlant 2016 will see the launch of some outstanding machines and products. 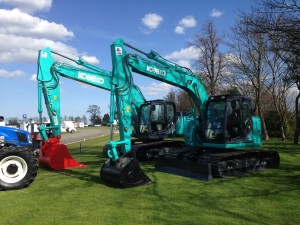 Models from Hyundai’s new HX Range will take pride of place on the Young Plant stand. These include the HX140 L, a 14-metric-ton excavator powered by a Perkins engine.

Several new JCB machines will make their first appearance in Scotland on the Scot JCB stand including the “revolutionary” Hydradig compact wheeled excavator and JS131 and JZ140 tracked excavators.

Volvo will be showing off the EWR150E for the first time in the UK while Liebherr’s L-566 wheel loader has been described by the firm as setting new standards for fuel efficiency, performance, robustness and comfort. 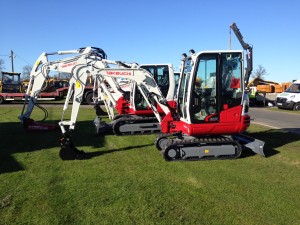 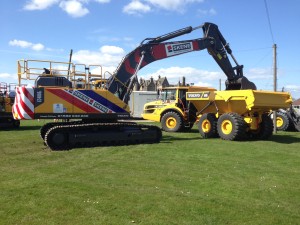 Terex Trucks will have the largest truck ever built in the United Kingdom; the 100-ton TR100 rigid dump truck. Hydrema will use ScotPlant to debut the F Series dump trucks, with both a 922F and 912F on display.

Marubeni-Komatsu returns to ScotPlant for the first time since 2002 while the likes of Kobelco, Highland Hammer Hire and new A&Y dealer, Relentless Plant, make their show debuts.

ScotPlant will also feature the first qualifying round of the annual Case Rodeo Challenge. 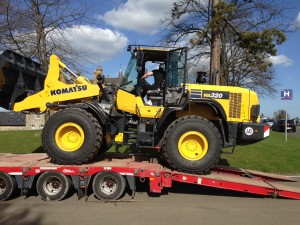 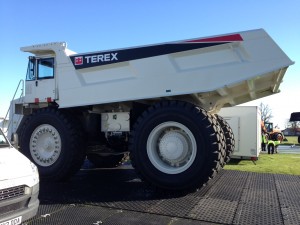