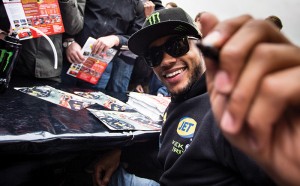 Nic has Cerebral Palsy and up until the age of 16, relied on the use of a wheelchair. But with motorsports in his blood, he was determined to pursue a career in motor racing and the CPA said he is a prime example of ‘you can do anything if you put your mind to it’ – making him the perfect host for this event.

The CPA said the Stars of the Future awards recognise and reward outstanding apprentices who not only bring ability and commitment to their learning and their work, but who possess additional capabilities that mark them out for not only being the foundations of the future of the industry, but also potential leaders. “These youths are our industry’s future and should be recognised as such” said CPA safety & training manager, Haydn Steele. “With the support from CPA and other supporting companies we can give these apprentices a head start and the confidence to rise to new challenges and tackle the ever changing technologies involved in our industry.”

CPA director Kevin Minton added, “The apprentices that enter the Stars of the Future competition are at the start of their career, and they will play a crucial role in not just this industry, but UK plc as a whole. The young engineers have a vital role to play in shaping the UK economy.”

Plant sector’s stars of the future honoured at live event