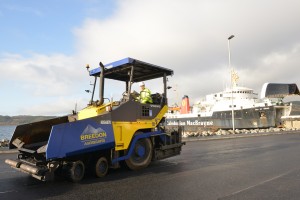 Breedon Aggregates remain confident of completing the acquisition of Hope Materials despite concerns raised by the Competition and Markets Authority in relation to 27 ready-mixed concrete (RMX) sites.

Breedon agreed a deal in November 2015 to buy Hope for £336 million to create the UK’s “leading independent producer of cement, concrete and aggregates and a vertically-integrated building materials group”.

Following an initial review, the CMA ruled out competition concerns over the production and supply of aggregates. However, it did say the transaction gives rise to competition concerns in relation to 27 RMX sites, meaning that customers “might face higher prices as a result of the merger in the local areas surrounding these sites”.

The CPA said the two firms are currently “major competitors” in RMX and operate over 200 RMX sites across Britain.

The CPA added that the merger will now be referred for an “in-depth” phase 2 investigation unless Breedon “is able to offer undertakings which address the competition concerns”.

Sheldon Mills, CMA senior director of mergers, and decision-maker in the initial investigation, said, “Ready-mixed concrete is an essential product for a wide range of construction projects of all sizes in the public and private sectors. The vast majority of the merger raises no concerns but there are a number of areas where the companies compete strongly with each other for customers and the concern is that the loss of such rivalry could lead to price rises for customers. The businesses may now resolve these concerns or face a detailed investigation.”

Breedon said the outcome was “in line” with their expectations. A statement read, “Breedon notes the announcement today by the Competition and Markets Authority that it has completed its Phase 1 review of Breedon’s proposed acquisition of Hope Construction Materials Limited and that it has concluded there is a realistic prospect of a substantial lessening of competition in a limited number of local ready-mixed concrete markets in England and Scotland.

“This outcome is in line with Breedon’s expectations and the Company now has a short period during which to offer remedies to address the CMA’s outstanding concerns. Subject to agreement with the CMA on appropriate remedies, Breedon expects to complete the acquisition later this summer in line with previous guidance.”