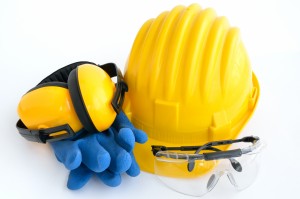 A demolition firm has been fined £5,000 after a worker fell from a mobile scaffold tower at Glasgow’s Hillington Industrial Estate.

The incident, in December 2011, occurred when a 50-year-old was carrying out work from the mobile scaffolding platform to enable the building to be demolished.

It is believed that a cable tray swung towards him while he was cutting it from the ceiling, hitting him in the shin and knocking him off balance.

The worker fell five feet off the platform, resulting in a fractured right elbow and left arm, which required surgery. He also suffered bruising to his head and has been unable to return to work because of the extent of his injuries.

An HSE probe found that his fall happened because the platform was not put together correctly and was missing guard rails and toeboards. Also no suitable risk assessment was available on site for the use of the mobile scaffolding platform and it had not been inspected before use.

HSE Inspector Graham Mitchell said, “The injured person was at risk of falling because the tower was not put together properly. Work at Height Regulations require those in control of work at height to take sufficient measures to prevent injuries and this fall could have been easily prevented.”

DSR Demolition Limited was fined £5,000 after pleading guilty to breaching Regulation 6(3) of the Work at Height Regulations 2005 and Section 33(1)(c) of the Health and Safety at Work Act 1974.