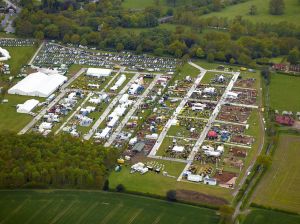 ALMOST 350 exhibitors attended Plantworx 2015, with many of the biggest names in the construction equipment industry in top form.

The biennial event was the largest live action construction show in the UK this year. Held at Bruntingthorpe Proving Ground in Leicestershire, gale force winds and driving rain on the opening day failed to dampen spirits.

There was a strong Scottish presence at the show.  David Marshall, Worsley Plant’s Scottish Sales Manager, said, “There’s been a steady trail of Scots coming through the gates, which surprised me actually as I was saying to my colleagues this morning that I didn’t expect many of my customers to be here.

“These shows are very important. If you’ve got a new product coming onto the market, this could be the only way to let people see it. It’s a perfect opportunity to educate the users on the advantages of a particular piece of equipment.”

Callum Mackintosh, owner of Highland Hammer Hire, was a visitor to Plantworx. He said, “This was a vast improvment on the first Plantworx held two years ago. Amazing difference. It’s a good show, a good layout.  We’re doing the Black Isle show in August. We’ll probably do a little business out of it but these shows are really about networking and showing customers and folk you might never have seen before what you do and give them an insight into how you do it.”

Plantworx exhibitor, Neil Richardson from Garic said, “It’s a wrap – brilliant show, see you in two years! Thanks to all that visited us!” Rick Still, Hyundai’s UK & Ireland sales manager added, “Throughout the three days of the show the stand was a hive of activity with visitors. The demo plot was a big hit with operators queuing to try out our new range of machines which were well received  by all.”

The show even attracted the attention of BBC Breakfast News who broadcast live from the event. Reporter Victoria Fritz donned a hard hat and hi-viz and interviewed leading figures from the construction equipment industry including Rob Oliver, chief executive of CEA (Construction Equipment Association), hosts of the event.

Day two of the show saw glorious sunshine and a host of deals including L Lynch Plant Hire signing a £5.8m deal to buy 50 Cat 320E L Hydraulic Excavators. The machines were sold by UK and Ireland Caterpillar dealer Finning.

Hewden finalised a deal investing around £1m in a range of Miller breaker attachments, which will see more than 180 new breakers added to Hewden’s attachment portfolio for use with its range of excavators (1.5-ton to 22-ton) and telehandlers (5m to 17m).